You are surrounded by them, flooded by them, and involved in this love-hate relationship that always works. They require minimum care and that is exactly what we are about to discuss today.

Stay tuned because all my years of expertise with shock mounts in the studio and as a TV engineer will be solidified in this blog post.

So, what exactly is a microphone shock mount?

A microphone shock mount is a structure that isolates a microphone element that suffers from mechanically transmitted noise. Shock mounts are used in many different industries for highly-sensitive instruments as well as to isolate unwanted noises in microphones.

The principle for those in a nuclear submarine and the one holding your entry-level Samson C-01 Microphone are exactly the same. The elastic part of a shock mount absorbs the vibration and allows the suspended element (in this case a microphone) to work without any noise or vibration translated to it.

That is the short answer.

Follow me on a journey because we’re about to go deep into the subject. Read on and learn why a shock mount can be a game-changer in many situations. 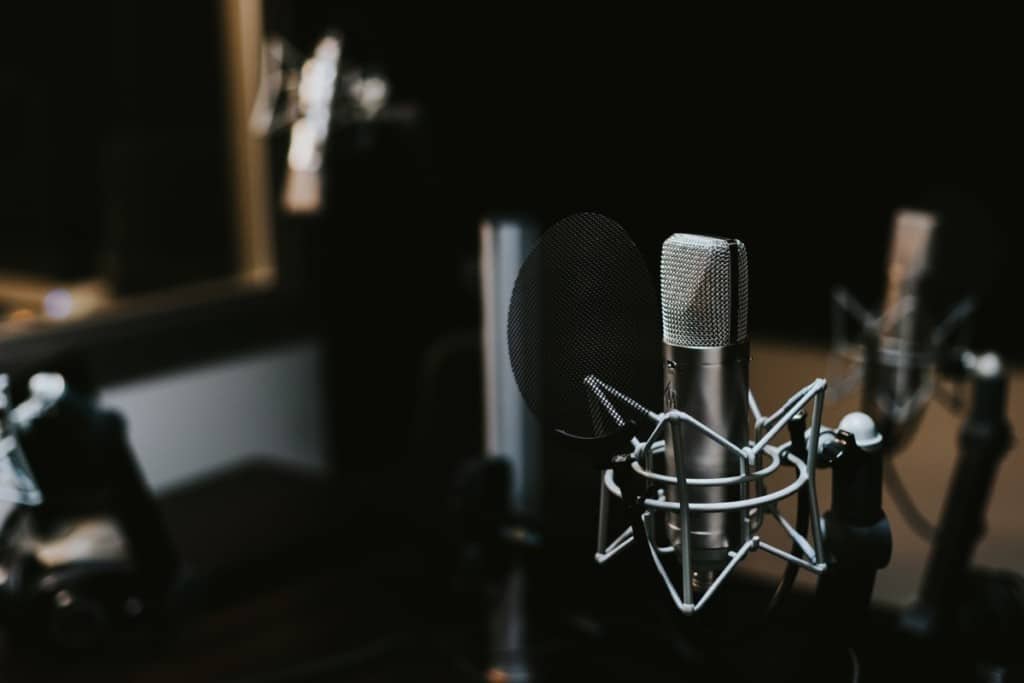 How Does A Shock Mount Work?

Shock mounts don’t belong to the music industry exclusively, in fact, they are part of it by chance.

The first isolation techniques were applied to big machinery and especially to cars. For example, have you been in an old car lately? I’m talking about 30 or 40-year-old ones. You’ll notice that the noise and vibration levels are sky-high.

This is because isolation techniques were less important to car manufacturers back then. Thanks to the improvements done in submarines (machinery noises can be picked up by radars) and other high-tech vehicles and applications, shock mounts improved the life quality of millions of people.

The system is very simple: a shock mount absorbs the shock (vibration, movement, noise) before it reaches the specific item. In the case of microphones, shock mounts achieve this by suspending it with elastic elements that absorb the vibrations.

Back in the day, microphone shock mounts were circular with springs holding the round microphone capsule in the middle. Now they have different shapes, but more on that later on.

The consequence of not using a shock mount on a microphone is that all noises and vibrations will echo on the capsule and be translated to the resulting sound.

For example, if the singer you are recording is really feeling the song he or she is singing (which is great) and moves around over the wooden floor of your studio where your microphone stand is, those footsteps will come up on the DAW.

You might not notice at first, but when you crank and compress the lead vocals, you’ll notice certain unwanted noises. In fact, if the singer did it while he or she was singing that epic chorus pouring their heart out, the take will be unusable.

What Is Mechanically Transmitted Noise?

Mechanically transmitted noise is the name of the villain we face every day in a studio situation.

It is a law of physics, solid materials carry vibrational energy. If you hit an iron on one end, you’ll very likely receive the vibration on the other end. The capsule of a microphone is very likely inserted inside of a solid body (mostly made of metal).

The only way to stop that from happening is to put a flexible material in the middle that can absorb the vibration before it reaches the microphone and hence, the capsule. 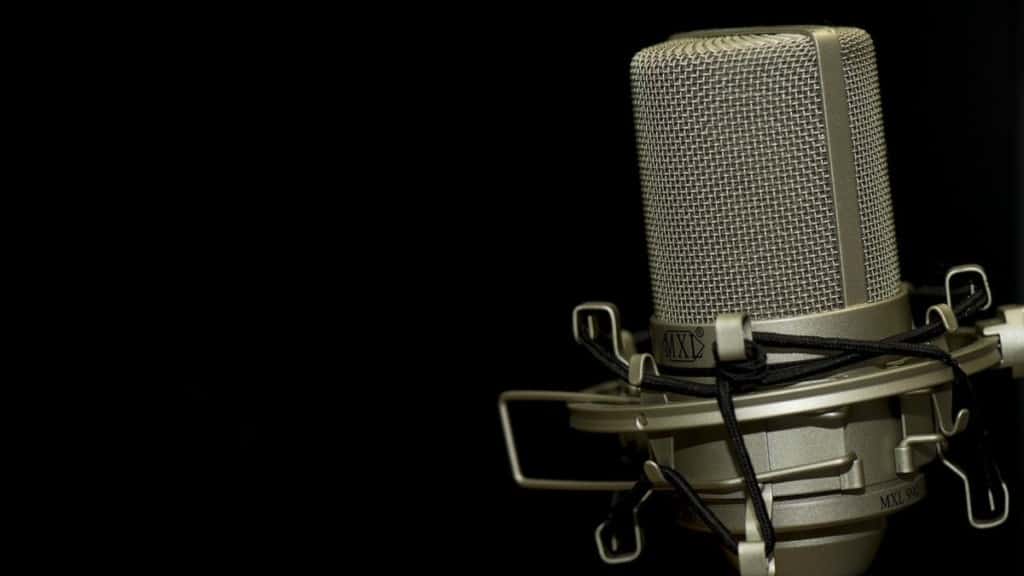 Condensers VS Dynamics Microphones And Shockmounts

Have you ever seen a dynamic microphone on a shock mount?

For example, if you were placing the ever-popular Shure SM57 microphone next to a loud snare, would you use a shock mount for it? The answer is no and the reason is very simple: a dynamic microphone is not as sensitive and doesn’t get affected by the low rumble.

Mechanical transmitted noise is usually registered in the lower frequencies (below 100 Hz most of the time). Dynamic microphones don’t pick that up and hence work with a regular stand without the need for a shock mount.

I have written an article on the differences between dynamic and condenser microphone sensitivity. You can read it here.

Shock Mount VS Low Cut In The Mix

If the noise the shock mount is avoiding is only in the lowest frequencies, why don’t I just cut them out in the mix and save some bucks? Well, there are several reasons for that:

· Noise levels – The low-cut can help you cut out some frequencies in the spectrum but if the vibration levels (we’re talking about something simple as footsteps) exceed the low cut, then you have to take out some usable frequencies and hence adding a cutting equalizer where you wouldn’t have one.

· Specific singers – Some singers shine on the lower register with a low grunt that sounds velvety and sexy. You don’t want to take the magic out of the performance with a low cut.

· Natural movements – You can’t tell a singer to stay still to sing and also to give you an amazing performance. Their body movements should not be something in their minds when singing their heart out. Same with acoustic guitars, pianos, and such. Removing a potential distraction from the equation is always welcome for artists.

Some condenser microphones, especially the high-end ones come equipped with a shock mount.

When they don’t, you can use a universal one. What I do in the studio, at least for large-diaphragm condenser microphones, is to have my strongest mic stand with a round and heavy bottom ready at all times with a universal mic stand and two pop filters.

This way I don’t have to worry about the kind of large diaphragm condenser I will use for that singer because they all fit in the same shock mount. Also, I save a ton of time getting ready because it is a matter of finding the right mic, sliding it in, plug it in, and go.

What I’m trying to say is that you shouldn’t go nuts about the original shock mount that will cost you a fortune; just buy a good universal one and you’ll be ready to go immediately every time.

My recommendation for a good all-round universal shock mount is one that mounts various size microphones. Take a look here on Amazon at the one I currently use.

Shock mounts are not all the same; let’s take a look at some of the different models available in the market today.

These are the condensers you imagine when you think of one. Microphones that are widely used in vocal recordings from the inexpensive Samson C-01 to the utterly fantastic $20,000 Telefunken U-47 will fit in these shock mounts.

“Plastic elastomer” is a fancy name for rubber.

Rubber is a huge element in shock mounts across the world. You will see batteries in cars sitting on rubber feet; in fact, some buildings with acoustic treatments sit on rubber feet to avoid vibration.

The big difference here is that rubber is more durable and effective than the elastic bands and hence, does a better job for a longer period of time. You can check the Rycote USM Model which is built using this principle. 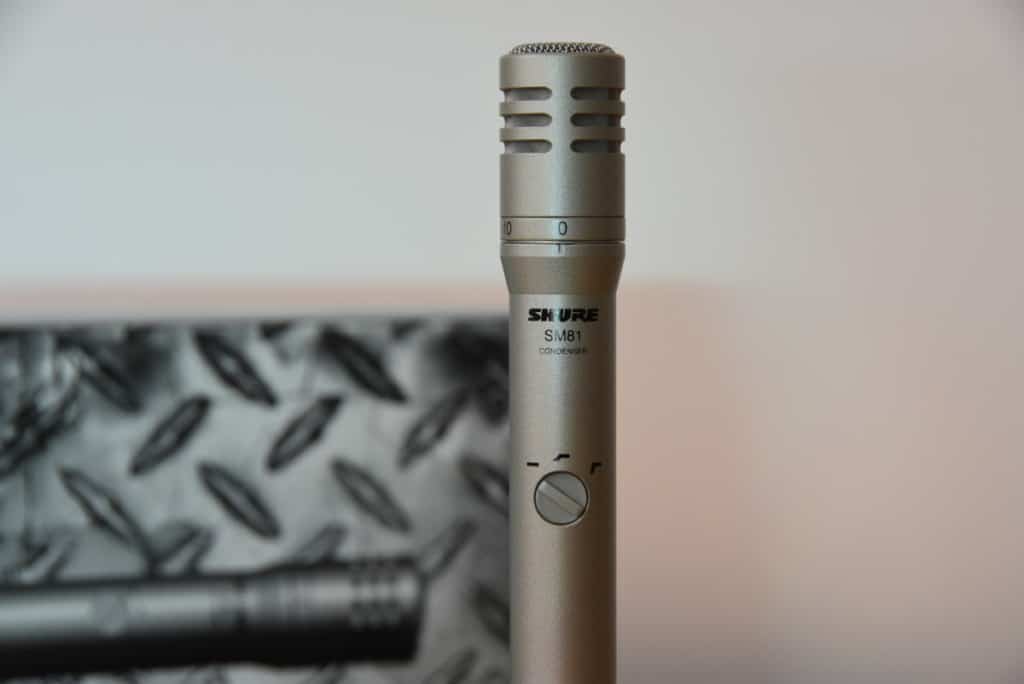 Not everything in a recording is about big-diaphragm condensers, there are many other types of them.

Let’s take a look at the most widely used two:

If you are not familiar with pencil condensers, they are quite thin and can be longer or shorter depending on its use.

For example, a pair of very famous ones is the Shure SM81 and SM137 that you might have seen repeatedly work as overheads for drummers. Here is a cool video explaining the benefits of small-diaphragm condensers.

Back to the shock mounts, the idea is to hold these microphones from the body at two different points and let the front part of it (where it captures the sound) free to do its thing.

As with the large-diaphragm condensers, these shock mounts can do the trick with elastic bands or plastic elastomer (AKA rubber). You can check out Rycote for the rubber and ZRAMO for the elastic bands. 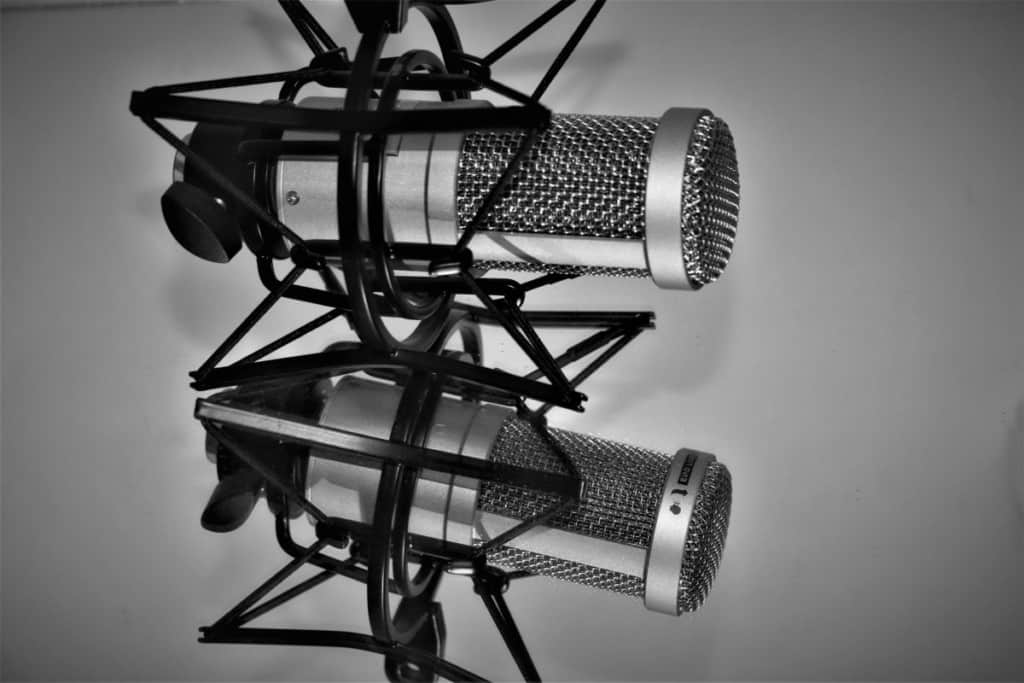 Shotgun microphones are the film industries and television forgotten heroes.

Every movie, series, news show, or well-produced YouTube video you’ve seen very likely used one of these during its production. If you are not familiar with them, this video will explain to you exactly what they are and how to use them.

Some high-end cameras will have the isolation shock mount on top, others do it with a hand-held isolation device, and sometimes it sits at the end of a large boom stick.

Microphone shock mounts can and will literally save your day many times.

Whether you use them on a pencil condenser, a giant boom at a movie set, or for a singer in a small studio, they get the job done for little money. Do not try to cut your expenses here because this inexpensive microphone shock mount mistake can cost you a perfect take (and perhaps even your reputation).