In terms of audio, nowadays, everything is almost as simple as plug and play. This includes just taking a mic and plugging it into your device, and going for it.

However, depending on your microphone and your setup, you may require one or two additional pieces of equipment, such as a preamp. Let’s find out if dynamic mics need one.

In all cases, a dynamic microphone will need and use a preamp to boost its low-level signal. This goes for both live and studio applications. You may not need to purchase a standalone preamplifier for this because most of your audio devices (mixing desk and audio interface) will already come with one built into them.

If you are not sure what a preamp is, what forms they come in, and if you indeed need one to run a dynamic mic, then we have you covered.

In addition to detailing preamps and dynamic mics, we will look at phantom power and condenser microphones with built-in preamps to resolve any confusion you may have.

What is a dynamic microphone?

Dynamic microphones essentially convert sound waves into voltage (electricity) by using a magnet. You can think of it as working like a speaker but in reverse.

The process by which this happens is called electromagnetism.

Phantom power is required to drive a condenser microphone, and without it, the mic will simply not work.

Phantom power will come from a piece of equipment that is connected to the condenser microphone, such as an audio interface, mixing desk, adapter, an additional preamp, or power supply.

Typically, to power a condenser microphone, you will need 48 volts of phantom power.

Dynamic microphones do not require any form of phantom power in order for them to work correctly. However, the signal that is produced from a dynamic mic, as we said, is very soft, and this is where a preamp comes in.

I have written an article called “What is Phantom power” You can find it here.

What is a preamp?

A preamp is a type of amplifier that is explicitly designed to take a weak audio signal and boost that signal (make it louder). As you can see with this understanding alone, a dynamic microphone will surely require a preamp.

Preamps come in many different forms, and you may not know it, but many of the audio devices that you plug your microphones into (both dynamic and condenser) already have preamps.

Devices that include a built-in preamp include;

Take note that even though some of these built-in preamps work correctly, they might not be sufficient enough to drive your dynamic microphone and boost its signal.

As such, and if these devices don’t have additional phantom power, they will not be able to drive a condenser microphone at all.

Audio equipment designed for recordings, such as mixing desks and audio interfaces, will have better built-in preamplifiers and will be able to boost your dynamic microphone to a sufficient level.

What is the difference between a preamp and phantom power?

Phantom power is the current (electricity) needed in order to power a condenser microphone or any other piece of audio equipment that requires it.

Phantom power will typically be supplied to a condenser microphone via a piece of equipment such as an audio interface, mixing desk, adapter, or even by an external preamplifier.

As we said, a preamp is a type of amplifier that is designed to boost a mics signal. This may be a bit confusing because a condenser microphone with a built-in preamp will need phantom power, but an external preamp or one that is found in your device will not.

What about external preamplifiers?

This is because external preamps can be designed in various ways and can use different components such as transducers or tubes to make up the internal components.

Preamps that use transducers offer a clearer and cleaner sound than preamps that use tubes; however, many individuals like preamps built with tubes because they give a warm sound that is colored.

Hence, it will come down to preference and what sound you are trying to go for when deciding on which preamp to get. 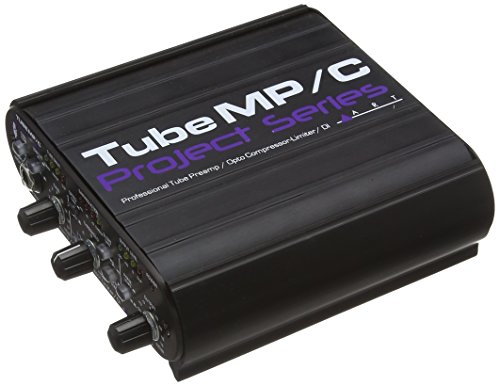 When will I need to use a preamp with a dynamic microphone?

We now understand that a dynamic microphone because it produces a weak signal that is not boosted by an internal preamp like a condenser microphone; it will always require a preamp.

Even though you may not use an external preamp, many if not all recording devices have some form of preamp built into them (they just might not be that good).

Thus you will need to use an additional one to boost the dynamic mics signal if this is the case.

Furthermore, you will require a preamp with a dynamic microphone in both live and studio (recording) situations.

In a live situation, the dynamic mic will be plugged into the mixing desk, and that will have a preamp that will be available to adjust via the gain knobs.

In a studio situation, more likely than not, you will be connecting through an audio interface that will have a built-in preamp, and the mic volume will be its gain setting. Thus adjusting this will increase the volume of the preamp’s output. 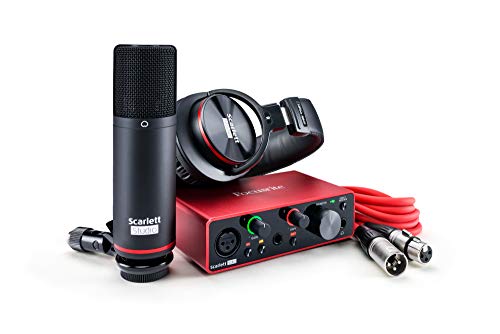 Can I use a preamp with a condenser microphone?

Many individuals think that you cant use a preamp if you are using a condenser microphone because it already has one built into it. However, this is not the case.

The preamp in a condenser microphone powered by phantom power is more than capable of being placed in a chain with another preamp.

Both of these will more than likely have an option for phantom power, meaning even though they have built-in preamps, they will work perfectly fine with a condenser microphone.

Take note that you will not need a preamp for a condenser microphone because one is already built-in, but the option of using another one is there if you choose to use it.

Check out the YouTube video for more information on preamps.

We discovered that due to the design of a dynamic microphone, it will always need and use some form of a preamp to boost its low-level signal.

Even though you might not know it, most pieces of your audio equipment or other electronic devices that your microphone connects to have a built-in preamp.

We also discovered that, unlike condenser microphones that require phantom power to drive their built-in preamplifiers, dynamic mics do need it because they do not have built-in preamps.

Besides internal preamps that can be found in condenser mics and pieces of audio equipment like audio interfaces and mixing desks, you also are able to get stan alone external preamps that work in precisely the same way (they are used to boost a mics signal and color it if necessary).

Finally, we considered that even though dynamic mics always require some form of a preamp, a condenser microphone does not because it has one built into it.

However, they are still able to use an additional preamp, whether it is, for example, one found in your audio interface or a standalone external one.