A DAC is an essential device for listening to any form of digital music. They take the digital audio signal produced by a computer or smartphone and convert it into analog so that it can be played through headphones or speakers.

Can you use a DAC with wireless headphones?

In the majority of cases, you can’t simply connect wireless headphones straight into a DAC. All wireless headphones have a built-in DAC. When audio is played from a sound source, the DAC performs the vital function of converting the digital signal to analog.

If wireless headphones have a built-in DAC, as the vast majority of them do, using the two devices together is simple. 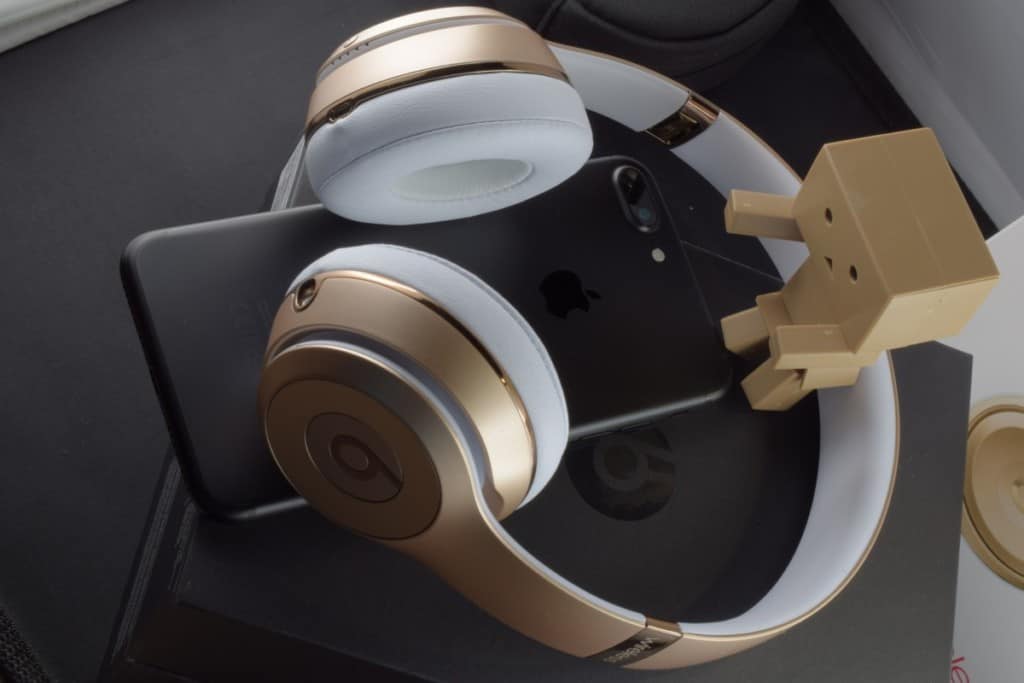 How To Use A DAC With Wireless Headphones

Using a DAC with wireless headphones couldn’t be easier.

The headphones contain their own DAC and amp, so all you have to do is connect them to the sound source of your choice, and they will automatically convert the signal from digital to analog.

To fully understand how you can use a DAC with wireless headphones, we need to establish exactly what a DAC is, and the function it performs. DAC (digital to analog converter) is an integral component in any digital sound system. When audio is played from a digital device, it is presented in a series of 0s and 1s. This type of signal cannot be played by wireless headphones, and therefore, a DAC is required.

The DAC provides a link between the digital audio source and the headphone amp. Many wireless headphones have inbuilt headphone amps, but some great external options can be used to adjust the gain, volume, and other characteristics of the output.

Check out this ART HEADAMP4 headphone amplifier here on Amazon.

In the majority of cases, you can’t simply connect wireless headphones straight into a DAC.

This is where the headphone amp comes in, serving as the middle-ground which connects the wireless headphones to the DAC. This combination allows the audio to be played through the headphones.

In the formative periods of audio playback, the audio was stored within the grooves of vinyl.

Since then, digital audio has taken over, and although we’ve come a long way, the method used remains the same as it did all of those years ago. An MP3 file, for example, contains waveforms that resemble the peaks and troughs of a vinyl.

Without a DAC, wireless headphones would be incapable of playing audio from a digital sound source. The signal would remain digital in the form of 0s and 1s. This is why DACs are such integral components that have to be installed within a pair of headphones.

Check out my article called “Does A DAC Make Music Sound Better” You can read it here.

As we’ve established, you can easily use a DAC with wireless headphones, simply by connecting them to a sound source and playing the audio via Bluetooth. However, there are two main instances where using a standalone DAC may be necessary.

The single main reason that you would need to employ a standalone DAC to use with wireless headphones, is due to noise issues caused by the incapability of your sound source. For example, your computer or smartphone may introduce unwanted noise into the output, or be completely incapable of outputting the audio at the necessary bitrate.

Check out this standalone DAC here on Amazon.

Additionally, the second scenario when using a DAC with wireless headphones can be useful is if you are aiming for particularly high-quality audio.

This may be the case for professional applications in a high-end recording studio, for example. For everyday use, however, using an external DAC won’t change the audio quality very noticeably at all, so it’s best to stick with the inbuilt device in your wireless headphones.

To summarize, the vital functions of a DAC are:

Although in theory, you can use a standalone DAC with wireless headphones, this is likely to be a pointless endeavor.

The DAC chip that is already installed in the headphones would perform the same function as a standalone, external device. It may seem logical that using two DACs would improve sound quality and conversion speed, but this isn’t the case, unfortunately.

It’s impossible to remove an inbuilt DAC from wireless headphones, and replacing one with another would ultimately produce unnoticeable results.

Purchasing a second, standalone DAC would be completely redundant, as the original one that is built into the wireless headphones would already be converting the signal from digital to analog. Having two would provide no benefits whatsoever. 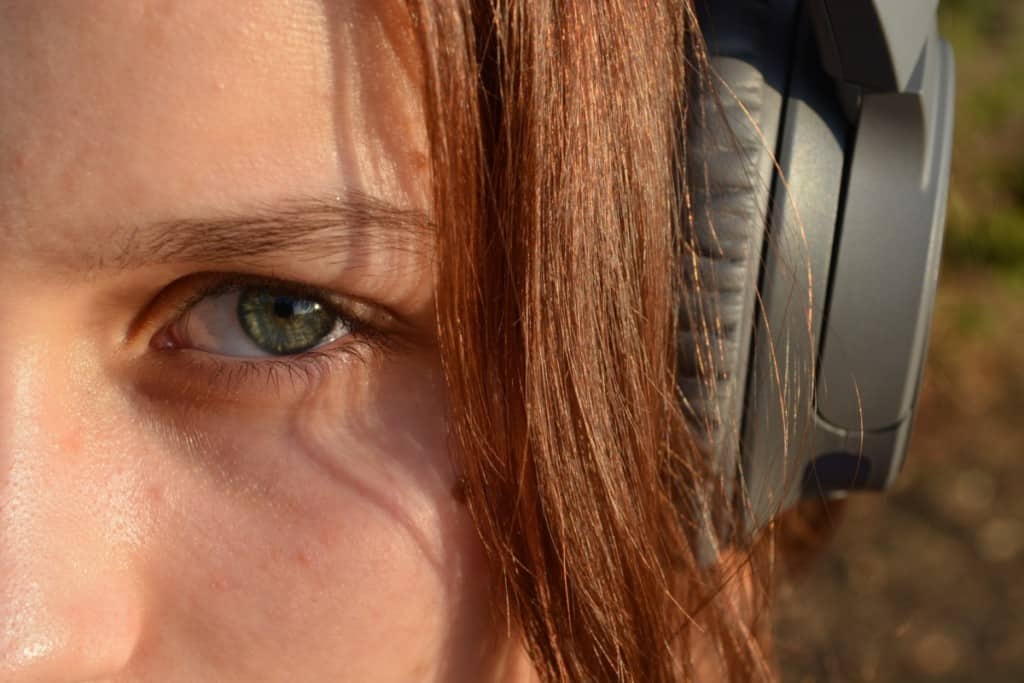 DACs do a great job of converting the digital signal into analog, but once that conversion has taken place, the signal they produce still isn’t strong enough to be picked up by a pair of wireless headphones. That’s where the headphone amp works its magic.

Check out my article on headphone preamps here.

Bit depth and bit rate are two important factors that impact whether you can use a DAC with wireless headphones. Bit depth impacts the dynamic range of an audio file.

Essentially, the individual samples of an audio file contain information. The more information that each sample is capable of storing, the greater the dynamic range is.

So what does this have to do with DACs and wireless headphones? The greater the bit depth, the more dynamic range there is, and consequently, the more information becomes available for the DAC to convert from digital to analog, then output through the wireless headphones.

If an audio file sounds low-quality, this is down to the bit rate is limited, and in some cases, over-compression.

For a DAC to be used with wireless headphones effectively, the audio file should have the best bit rate possible. If the bitrate is too low, this can result in not enough data being made available for the DAC to convert into analog, and it won’t playback through the wireless headphones.

Providing the audio file has a decent bit depth and bit rate, then you should be confident that you can use a DAC with wireless headphones to play it back.

To demonstrate how much of an impact bit depth and bit rate have on the audio quality, you might have experienced listening to a certain song on YouTube, then finding that when you listened on iTunes or Spotify it sounded much cleaner. This is due to the bit rate is higher on those streaming services.

Check out this YouTube video on mastering for Spotify.

Are wireless headphones worse or better quality than wired ones?

Do phones have inbuilt DACs?

All mobile phones have inbuilt DACs. They need them for making voice calls, producing system sounds, or playing audio back through the onboard speaker. However, to listen through headphones, another DAC is required.

Can wireless headphones be damaged by playing music at loud volumes?

This is not true, as the speakers are built to play audio at the upper dynamic limits, but listening to loud volumes can damage your ears. With that being said, excessively high electronic signals over long periods can harm the headphones.

I hope this helps clear up some of your questions on DACs and Wireless Headphones.

Thanks for stopping by!

[…] favorite music. Remember that the chain is only as strong as the weakest link, so accompany that DAC with some great headphones or […]

[…] add any color to the original audio. They are purely used to boost the signal and interact with the DAC to make it audible in the headphones, whereas preamps, as we have discussed, are capable of not […]

[…] more capable the DAC within a headphone amp, the more improvements will be made to the overall sound […]