In the wonderful world of amplification, there are so many options available. In this article, I will discuss the differences between the different classes of amplifiers.

A Class AB or Class A/B amplifier is a combination of Class A and Class B amp design and technology that has the pros of the two but none of the cons. Class AB amps have low distortion compared to Class B units and are more efficient than Class A amps.

An amps job is to amplify waveforms received from the preamp with little to no distortion added to the signal.

You’ll see an ‘amp class’ mentioned in the title of a product or the spec sheet. This denotes the amp topology (function). It’s not merely a labeling or grading system.

The ‘amp class’ refers to the design of the amp, and is represented by an alphabet or two like Class A, Class B, Class A/B, and so on. While there are many types of designs and classes, Class A, A/B, and D are the most commonly found types in consumer home audio equipment.

Each class has its distinct pros and cons, and in this post, we’ll take a look at class A/B amps alongside a brief overview of other classes and how they compare side-by-side. 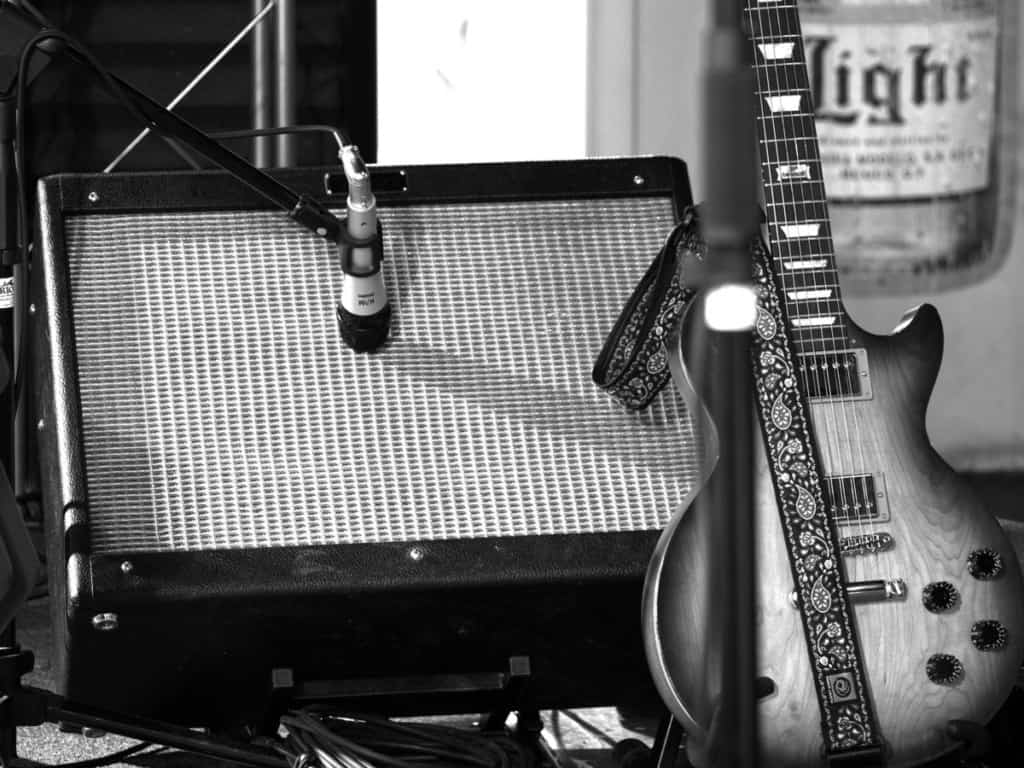 Class A amps have excellent amplification but their efficiency is less than 50% i.e. the conversion of AC power supply to AC power output is poor. Class B Amps have much better efficiency (around 70 to 75%) but they are prone to distortion of the output signal.

A good amp should be able to have both of those traits without the cons. To this end, the Class A/B amps were designed to bridge the flaws of its predecessors by combining their traits to produce more efficiency (DC-to-AC conversion) and relatively less distortion.

In simple words, for a small signal, a Class AB amp will act as a Class A amp and both transistors will be active. Whereas for large signals, they act like Class B amps, using only one transistor for half the waveform.

They achieve the latter by two transistors that have been pre-biased in the amp-output stage to conduct between 180o and 360o of the input waveform, which is subject to the amount of current output and the aforementioned pre-biasing.

Amplifier Class: What Does It Mean?

Amplifier Classes are ‘operating classes’ that are not merely a labeling system.

They are nomenclature that represents the system or the circuit and the biasing of the devices/transistors. The class designation was intended to denote the linearity vs. efficiency and when a new class was introduced to the market. Amplifier classes are bifurcated into 2 groups that are:

New amps (Class D and above) use digital circuits alongside PWM (pulse-width modulation) technology. This means they continuously switch the signal between On and Off. However, Class A, B, and AB are the most commonly used types in audio amplifiers and we’ll be looking at those in more detail.

Check out this excellent video from PS Audio that discusses class-AB amplifiers.

Class A Amplifier: An Overview

Class A amps (also called single-ended amps) are the simplest of all amplifier types.

They are ‘single-ended’ as opposed to the push-pull class –AB and –B counterparts. They use always-on output transistors that never turn off regardless of the output signal waveform. This means the amp conducts over the whole range of the input cycle.

This causes a peculiar trait of Class A amps, which is that they run very hot. This means they dissipate lots of heat (energy) and this causes a loss of power. Even though they are low efficiency and mostly low-output, they are appreciated for their high linearity sound as they use 100% of the input signal.

Linearity, in this context, is the amp’s capacity to produce accurate copies of the input signal.

Class A amps are best-known for a creamy midrange and excellent detail. However, they aren’t used commercially as they don’t have enough punch. They also tend to be expensive. However, there are certain types/styles/genres of music where they may be relevant and preferred.

Class A amps were popular and common in the guitar amp designs of the 1940s and 50s.

This was the era of the Vox AC4 and Fender Champ. The Gibson Gibsonette, a popular Class A amp from the late 50s, is popular in the vintage market. It is highly sought after by guitar collectors and audiophiles for its early breakup and vintage tone.

Other new models and innovative designs, though not as popular, are still available in the current market. The Reisong A10 EL34 is a good example for home use. The Douk U3 is also a popular headphone HiFi amplifier that is popular for home use.

Check out the popular Reisong A10 EL34 here on Amazon.

Class B Amplifier: An Overview

Class-B amplifiers are also known as push-pull amps because they have two devices (transistors) – each of which is biased to conduct for half a wave cycle. In simple words, the amps two matching transistors conduct the input waveform for 180 degrees of a cycle in a push-pull cycle of continuous load current.

Normally, if the design had only one element (like a class A amp), it would cause way too much distortion. This design improves upon Class A by making more efficient use of power and generating less heat. This means they can be up to 50% more efficient than class A amps.

This is why the design was favored over Class-A amps in commercial PA systems and high-power applications. Unfortunately, they are notorious for crossover distortion and not ideal for listening to audio. In fact, you are unlikely to find any unit that is a ‘pure class B amp’. 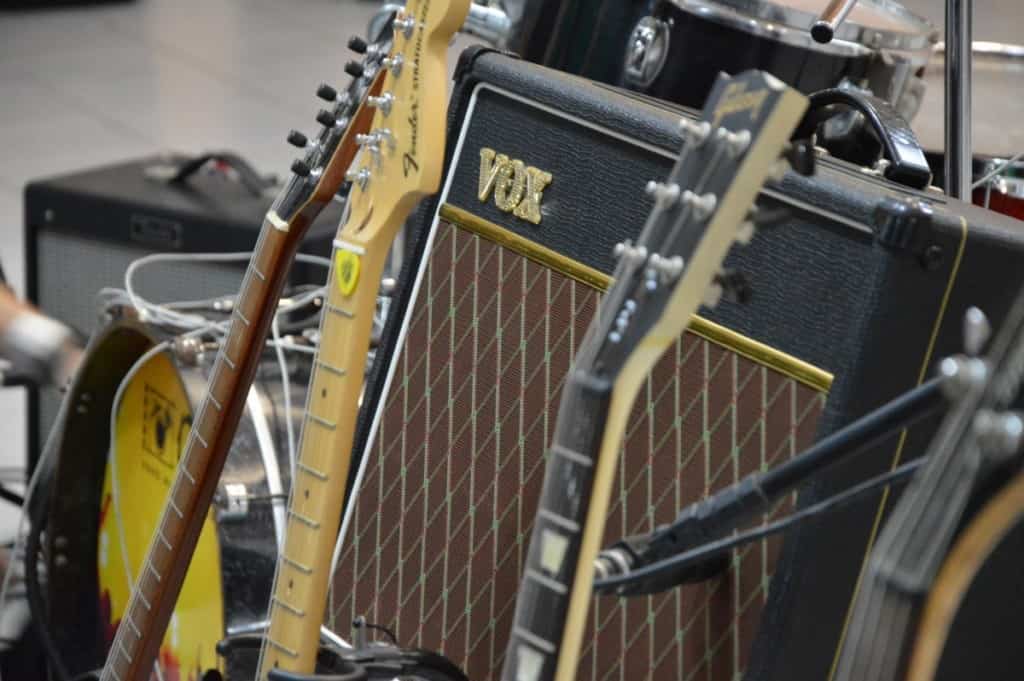 People often mistake Class D amps to signify Digital Amps, although they are just the next alphabet in the design series. If you are wondering why we skipped Class C, the term is used for non-audio amps with applications in radio frequency (RF) transmitters.

Class D amps use pulse modification and multiple output devices that are always active, even when the amp is idle. They use MOSFET (a metal oxide semiconductor field-effect transistor) or vacuum tubes and have a 90% efficiency or more in real-world applications.

What Are Class A Amps Best Known For?

Class A amp designs were used as practice amps for students in the 50s and 60s.

Today, they are a collectible or ‘niche amp’ that may be bought (used or new) for their distinct mid-rich tones and high fidelity. They became popular in the guitar world in the late 80s with the rise of ‘boutique amps’ made by the likes of Matchless Amplifiers.

Which Amplifier Is Better? Class A, Class B, Or Class AB?

For most users, the Class AB amplifier is the cheapest, most widely available, and most practicable option.

Class AB amps are 60% more efficient than Class A and also have low-noise compared to class B. Class A may be relevant in very specific applications where the quality of signal fidelity matters is particularly important.

Class D and Class AB are the two most common classes in today’s market.

The pros of Class D amps are that they are cheap, lightweight, and highly efficient. Yet, it isn’t as high-fidelity as a Class A/B amplifier, even though the marketing hype around class D amps may confuse you to believe otherwise.

Besides the pros and cons mentioned, I would recommend Class D for subwoofers and Class AB for all other purposes.

Linearity, power efficiency, and signal gain are the foremost traits to look for in a good amp.

However, it is very hard for one amp class to provide the best of all these characteristics. In the real world, you’ll see a tradeoff between them, which is why different amp classes will be better suited and practicable in certain situations i.e. based on the context. 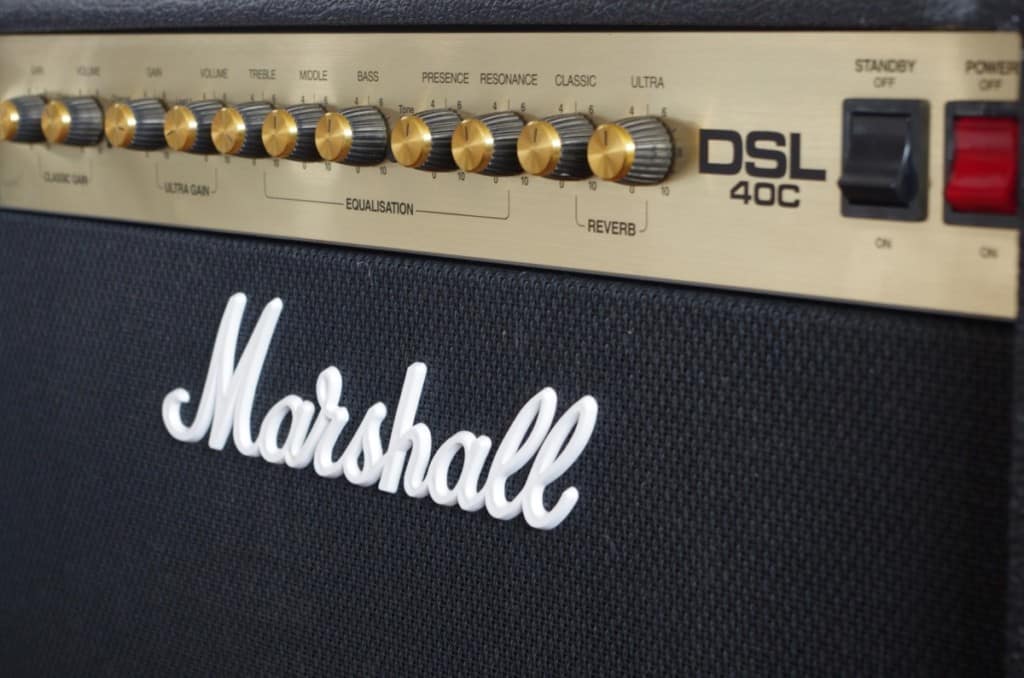 In summary, a Class AB amplifier, often denoted as Class A/B, is a combination of Class A and Class B designs to create a third option that has all the benefits with none of the flaws.

However, it is important to note that engineering, design, and construction play an equally important role in the quality of an amp while class is secondary.

In many cases, the class is moot when it comes to certain applications of an amplifier.

For instance, a 500W Class A amplifier would be more useful in heating the room than any sonic application. The different classes may play a small role but they don’t make or break the sound quality. The main difference will manifest in the efficiency (of output), the weight of the unit, and cost.

I have written an article that discusses the difference between guitar and keyboard amps. You can read it here.

I hope this clears up any confusion between amplifier classes.

Do Preamp Tubes Need To Be Biased? | stampsound.com

[…] I have also written an article on Class AB Amplifiers. You can read it here  […]