The introduction of wireless headphones has had an undeniably significant impact on the way people listen to music and other forms of audio. No longer do we have to contend with cables and different types of connectors.

Do wireless headphones drain the battery?

Wireless headphones have a minimal effect on battery drain. It may seem logical that connecting Bluetooth devices would drain the battery faster, but the effect is minimal. The drainage caused by using wireless headphones is very similar to the slight power draw of playing audio through a device’s speakers, or wired headphones.

Upon further investigation, I’ve discovered that there are several factors regarding the use of wireless headphones and battery draining.

Using a mobile device on airplane mode with no connections to Bluetooth, Wi-Fi or mobile data is the best way to preserve battery. When you play audio through wireless headphones, the device uses more power than when it is simply idle.

In this guide, we’ll take an in-depth look into the relationship between wireless headphones and battery usage. 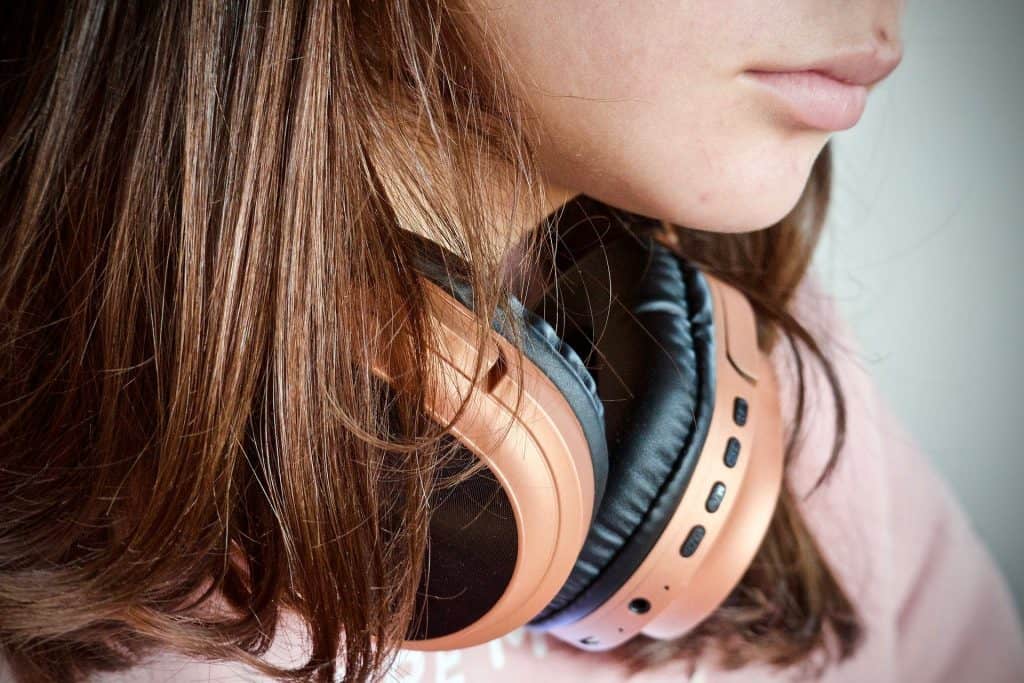 Are Wireless Headphones Draining your Battery?

Any form of wireless technology, whether it be Bluetooth, Wi-Fi, or now seemingly ancient alternative like infra-red, requires power. The question of how much power they need is a hotly debated topic amongst users.

Many speculative theories and myths are floating around on the subject of wireless headphones, Bluetooth, and power. It would appear that these concerns stem from the time when wireless technologies were first introduced to the masses in their primitive stages.

Despite the incredible advancements in Bluetooth and wireless headphones, many people still believe that to save battery on a mobile phone or other similar devices, it’s necessary to disconnect the device and turn off Bluetooth.

The main question which needs to be answered here is how wireless headphones compare to wired headphones or speakers in terms of their effect on battery life. We need to get to the bottom of whether playing music or other audio forms over Bluetooth is likely to sap battery at a faster rate, and if so, is the difference noticeable?

Based on the research done on this topic, most experts agree that using wireless headphones with a Bluetooth connection has a very minimal impact on the battery life of a mobile device.

This video provides a breakdown of this in detail.

To put the minuscule nature of this difference in perspective, a device that commonly offers 5 hours of battery life with the screen turned on is likely to experience around 10-15 minutes less battery over that period. That works out at a difference of around 4-5%, which isn’t a great deal of power all things considered.

However, if the battery is already low on a device, this small additional drainage caused by the use of wireless headphones could be the difference between your phone cutting out when you need to make a vital call, or your laptop running out of charge when you’re about to send an email to a co-worker.

This example is based on the wireless headphones constantly being used with Bluetooth over the full battery life of the device, and so the effects are slightly exaggerated. Now, that’s not to say the couple of percentage of battery that could be saved won’t be vital!

Nevertheless, many other variables must be considered when talking about the subject of whether wireless headphones drain the battery. They do – but other factors will exacerbate the problem and far overshadow the use of these devices.

Check out the Bose wireless headphones I use here on Amazon. (Great sound quality and battery)

Most wireless headphones, such as Apple’s AirPods, rely on Bluetooth to transmit the audio signal from the source to them. This is because Bluetooth is regarded as one of the most capable wireless technologies to ever be created.

Bluetooth can transmit an audio signal from a mobile phone or similar device pretty much instantaneously. It also preserves the quality of the audio exceptionally, and these two attributes are the main reason that it is used on almost every mobile phone, tablet, and modern laptop.

Studies show that using wireless headphones with Bluetooth connectivity does drain the battery slightly, just as any other process on a mobile phone would. However, what’s more, interesting is how wireless headphones compare to their wired counterparts in terms of battery loss.

Simply put, using wireless headphones seems to use no more battery power than using wired headphones, or playing audio through a device’s onboard speaker for that matter. Each of these three listening methods relies on the same basic process, which granted, does use some power, but they are all quite equal in this respect.

Whether you’re listening to audio through wireless headphones via Bluetooth connection, through a set of wired headphones plugged into the input jack on a device, or out loud through the inbuilt speaker, the same process applies.

This process begins with the source device (phone, tablet, laptop) producing a digital audio signal in the form of a series of 0s and 1s. This digital signal can’t be processed by the playback device, and therefore it needs to be converted into an analog waveform.

The device tasked with this conversion is known as a DAC (digital-to-analog converter). Every source device has an inbuilt DAC. Without this, there would be no way for the device to send an audible signal to the wireless headphones or speakers.

After the DAC has converted the digital signal into an audio waveform, it is then further optimized for playback by an amplifier. This device effectively raises the volume of the analog waveform so that it is loud enough to be heard through wireless headphones or another playback device.

However, the key difference is that wireless headphones require the analog waveform to be transmitted to them via Bluetooth, while wired equivalents simply send the signal through the cable into the headphone’s speakers.

This slight difference doesn’t seem to have hardly any impact on battery drainage, though. Whether the audio is listened to through wireless or wired headphones, or inbuilt speakers doesn’t change the minimal effect it has on the battery life of a mobile device.

The table below shows the results of an experiment on battery life and wireless headphones.

Other Likely Reasons for Battery Drainage

If you’re experiencing your battery life on a mobile device or laptop diminishing quickly, there is likely to be another issue than simply the use of wireless headphones. Other connectivity mediums, like Wi-Fi, are also unlikely to impact battery life significantly.

One of the main causes of poor battery life is simply the condition of the battery.

If your phone, tablet, or laptop is quite old, the battery will also be suffering the effects of age. This is simply due to the material that batteries are made from – over time, they become less capable at holding power.

If this is the case, thankfully it’s easy to get a replacement battery fitted in a good specialist store. If you don’t think that it’s the condition of your battery that is causing it to drain more quickly than usual, there are some other potential culprits.

Having lots of background apps and processes running on a device is much more likely to impact battery life than having a set of wireless headphones connected. This is because every app that you have open in the background is constantly refreshing if you have this turned on in the device’s settings.

When apps are constantly refreshing in the background, they inevitably use power.

Perhaps a social media app is updating your news feed in the background, or your email app is open. Many people forget to close their background apps, and this could be an easy way to gain more battery life while not worrying about using your wireless headphones.

Another possible reason that you could be experiencing battery drainage is the temperature of your device. If the device is constantly heating up then cooling down, or it is exposed to the extremes of either end of the temperature spectrum, this will certainly affect its battery life negatively.

Finally, one of the main reasons for battery life drainage, and one that is much more significant than the use of wireless headphones, is screen brightness. Having the screen unnecessarily bright will sap power from your device in no time!

I have written an article called “Are expensive headphones worth it” You can read it here.

How loud should I listen to music through wireless headphones?

The general rule is that you should listen to audio through wireless headphones for no more than 60 minutes per day. The volume level should be around 60% of your device’s maximum or lower.

Wireless headphones that use Bluetooth connectivity can connect to the source device from approximately 30 feet, or 10 meters away. This can vary if there are obstacles and surfaces between the devices.

No, Bluetooth can be used independently without Wi-Fi. The latter is commonly used for connecting a device to the internet, while Bluetooth is simply for pairing devices that aren’t connected by cables.