ASMR is an ever-growing niche where many people are finding an audience.

In case you are not familiar with the term, it stands for Autonomous Sensory Meridian Response, and is a natural response from the human body that generates relaxation.

The videos in this niche aim to trigger this response on the viewers, and hence, make them relax.

Now, I put this post together because I have been getting people in my studio to record these clips with some fancy large-diaphragm condensers, who told me that they got started on an iPhone until they built an audience and could pay my fee with the income of their videos. The question lingered on… can you actually record ASMR on an iPhone?

So, is it possible to record ASMR on an iPhone?

You can record ASMR on an iPhone or Android phone because it has a microphone and a camera, and that is basically all you need. In fact, many viewers enjoy the lo-fi quality of these recordings and prefer them to the fancier tracks and channels. There is an element of closeness that just allows them to relax further. Now, can it be done with binaural audio? The answer is still yes but you need to get some accessories or have a bit of knowledge on how to use a DAW properly.

To get started you will need a lightning to USB adapter. Check them out here on Amazon 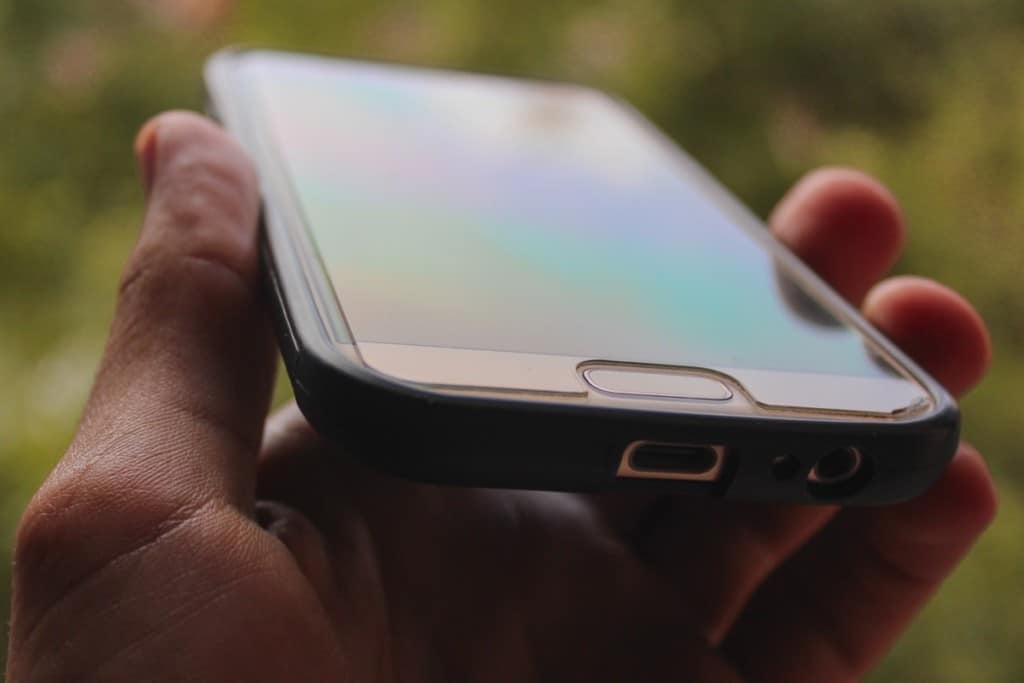 Do you want to learn how to create a great audio track for your ASMR channel using your phone and some tricks? Well, let’s get right into it!

The Basics Of ASMR – Mic And Camera

To get started with this topic, let’s go through the basics of what makes a good ASMR video.

You want to trigger your audience into a feeling of comfort, relaxation, and create a parallel reality for them to immerse themselves into, and forget about real-life problems. For this to happen, you need to get very good at handling the proximity effect. Things to bear in mind about that:

· The Lows – Talking too close to your phone’s microphone will increase the sense of closeness but can also create a muddy, almost distorted sound. You have to find the sweet spot in which it works for your tone, your phone, and your content. Remember that ASMR is about relaxation and a distorted, explosive vocal recording won’t do the trick.

· Plosives – Plosives are difficult sounds that propel a lot of air when performed with your mouth. It depends largely on the language that you speak, but it is usually the letters P, and B. To solve this you need to speak slightly outside the microphone at those times, so the air excess won’t hit it directly. If you take a look at this clip with almost 700,000 views you’ll realize she doesn’t speak straight into the microphone of her iPhone at any time.

If you are to use the camera on your iPhone or Android, you will have to get a nice tripod and a pair of headphones so your audience can see you do your thing while also hearing you speak. You don’t need any kind of fancy headphones, just make sure they have a built-in microphone.

Many people wonder if you need a dynamic or condenser microphone to record ASMR. I have written an article on this. You can find it here.

Recording ASMR On An iPhone

Let me put you into the situation I learned this through. It was a Tuesday afternoon and I was mixing vocals when I got a call. A new client was on his way to meet me. This was a couple of years ago; I was completely unaware that the ASMR world even existed.

This young man rings the bell, we sat down to talk with a coffee and he shows me his channel. You can only imagine how ASMR sounds in a studio with 4 pairs of monitors in different sizes. Yes, it’s that good.

My face of amazement must have told him that I wasn’t aware of ASMR. What he wanted was to “reach the next level” with his productions. I was completely blown away he could achieve that sound with his phone’s microphone.

We discussed several ideas and decided to give it a shot with some fancy large-diaphragm condensers.

I routed them in stereo hard-panning each to side. Then, I doubled the tracks and set them to the middle creating a 3-D spectrum that went from left to center to right.

We achieved almost perfect quality but he lost followers as soon as he posted the video. His audience was into him and his lo-fi approach and felt it sounded “too perfect”. We didn’t work together again, but I was forever hooked with the ASMR world.

Let’s see some tips on how to get going with your phone and some accessories, and on a basic DAW configuration.

Check out the video that accompanies this article on the stampsound youtube channel.

ASMR Accessories For Recording On An iPhone

What my one-time client showed me was that he used two kinds of accessories for his phone. In case you have an iPhone with no headphone jack, you might need a lightning to USB adapter. Let’s go through them:

Check out this adapter here on Amazon.

· Filmmaker Kits – There are many of these from a plethora of brands you can get in most big stores in the world. The idea is that they put together a tripod (or a hand-held accessory) with a shotgun cardioid microphone on top protected by a windshield. This way you can really crank that microphone and speak straight to the camera getting it all done with a single accessory. It will definitely sound cleaner than your phone’s microphone.

· Lavalier microphone – This microphone is a forgotten hero for musicians because they hardly use it, but is very useful in other scenarios, especially for voices. This tiny piece of gear is what you see on presenters and public speakers all the time. They come with a clip that most people attach to their tie, sweater, shirt, and captures vocals in a very natural, warm way. They come equipped with a windshield and are barely noticeable. They record 360 degrees audio in most cases which makes them perfect for ASMR while the camera is facing you. Check them out here on Amazon.

· Shure MV88 – This phone microphone from Shure is nothing short of ideal. It comes with a couple of free apps that you can use with your phone and get everything edited and posted on YouTube straight from it. The only drawback for ASMR is that it connects to the lightning jack directly and makes it a little uncomfortable for proximity. If you can use an extension cable, it will work wonders.

Take a look at the Shure MV88 here on Amazon.

Using An Audio Interface With Your Phone

Can I plug condenser microphones into my phone and do it with perfect audio?

Well, not really; what you can do is connect an audio interface to your phone and condensers to that audio interface. It is not a complicated scenario; all you need is either a TRS to TRRS adapter for Android or that plus a TRRS to lightning for iPhone.

You can then go into your phone’s headphone jack and feed it the audio from the outputs of the audio interface while recording the video. This way you’ll have perfect audio and HD images. You need to connect the audio interface either to power or to a computer via USB so it can have electricity to run.

I have written an article on how to connect your phone to an audio interface. You can read it here. 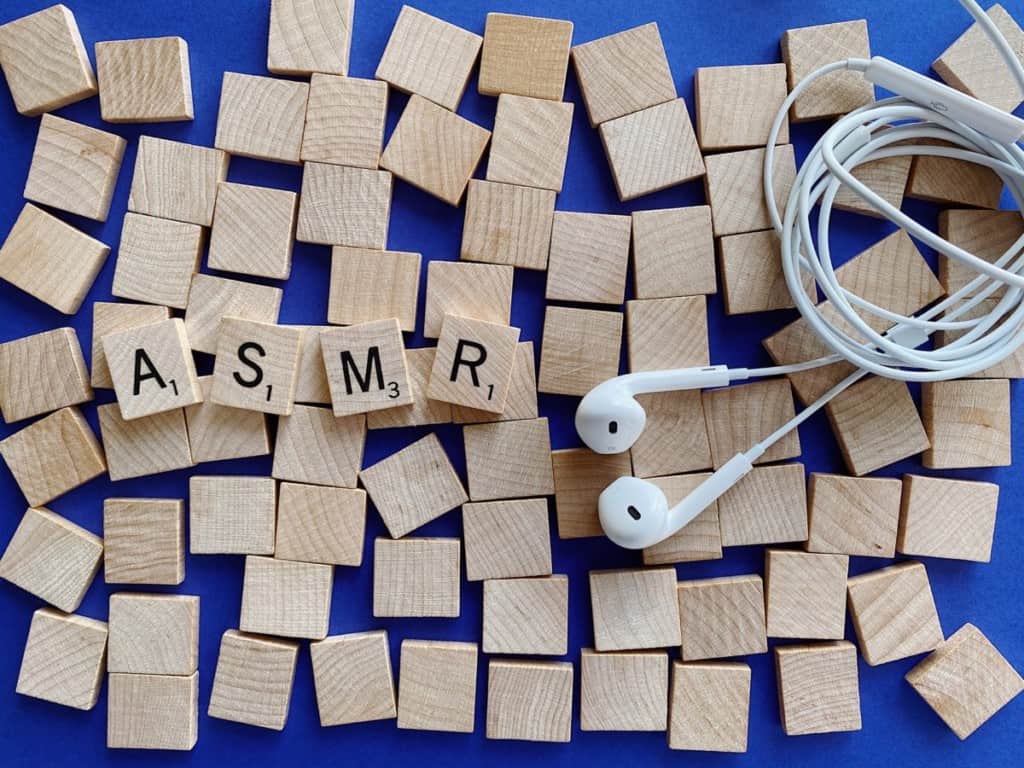 Using Your Phone With A DAW And Panning

The final method I can share with you is doing further processing on a DAW after recording.

What I do is to create a pan line for the track and manipulate it to the sides and the middle following the idea of the recording. It is not an actual 3-D binaural sound, but it surely is a wide stereo image that will get very close.

Adding a pan line to an audio track is very basic and you’ll find a million tutorials on how to do it for your favorite DAW. Then, I just match that to the video and voilà! I create the illusion of having a much more expensive setup.

It’s all about the theme; creativity goes further than gear.

Before finishing this article there is something I think is worth noting that came from my first talk with this ASMRtist I met in my studio. He was completely right in his approach before our interaction but got deviated from it because of a chimera.

He was such a creative artist that he could trigger ASMR on people using his phone.

He was so cornered by technology that his creativity levels were sky-high. In his mind, if he overcame the restrictions of his setup, his channel would go further but he was wrong.

Creativity responds to no rules and goes way further than gear. Actually, sometimes, “working with what you have” will push you to be more creative to fill those gaps. If you have all the resources and time in the world or set out to make “the most epic thing ever known to humankind”, you’ll probably do nothing. 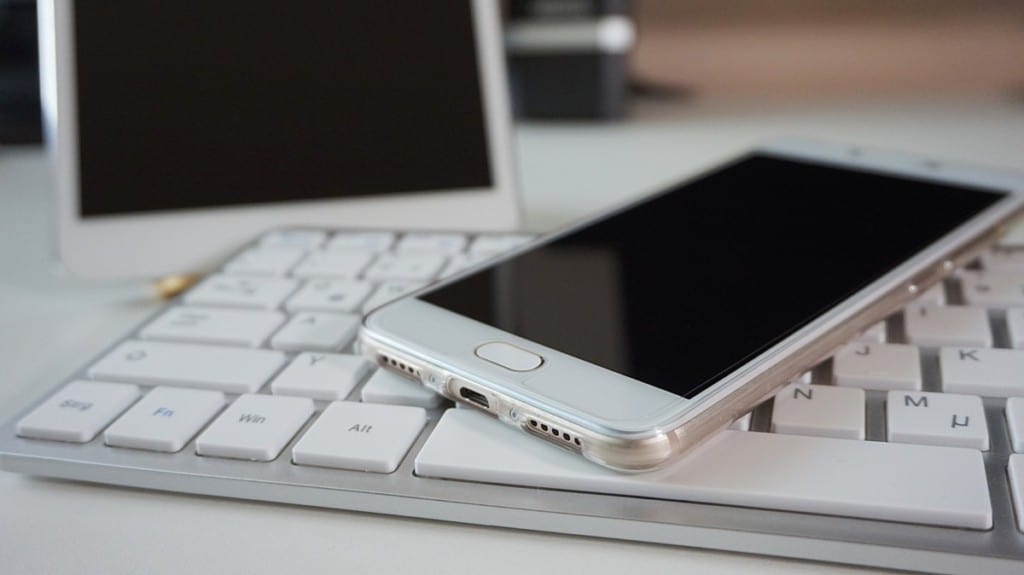 ASMR is a growing niche that hasn’t yet exploded to its full potential.

The time to get on the boat is right now before it becomes too crowded. Put your heart, soul, creativity, and emotion into it and it will shine through your content. Inspiration and creativity will outdo gear and that is the ace up your sleeve.

Start today with what you have, there’s time to buy gear and make state of the art videos if it goes well.

Gear can be bought, creativity can’t. What if you mix the two of them? Well, that’s exactly how legends are born; but it’s a long way to the top and you have to get there step by step.