You can take this article as an ode to the forgotten heroes of the music industry. Behind the curtains, away from the spotlights and in the biggest studios in the world, DI boxes save the day very regularly.

How do I know this? Because I’ve been using DI boxes live and in the studio for (at least) the past 20+ years. This article is my attempt to shed some light on the relentless work of the music industry’s most underrated anonymous heroes.

A DI box is a simple electronic unit that, among other things, connects a high-output, unbalanced, line-level signal to a balanced, low-impedance, microphone level input. Turning an unbalanced signal into a balanced one is great to fight sound degradation when the sound needs to travel long distances, for example.

What follows are years of knowledge poured in the shape of a post. Keep on reading if you want to know everything about DI boxes. 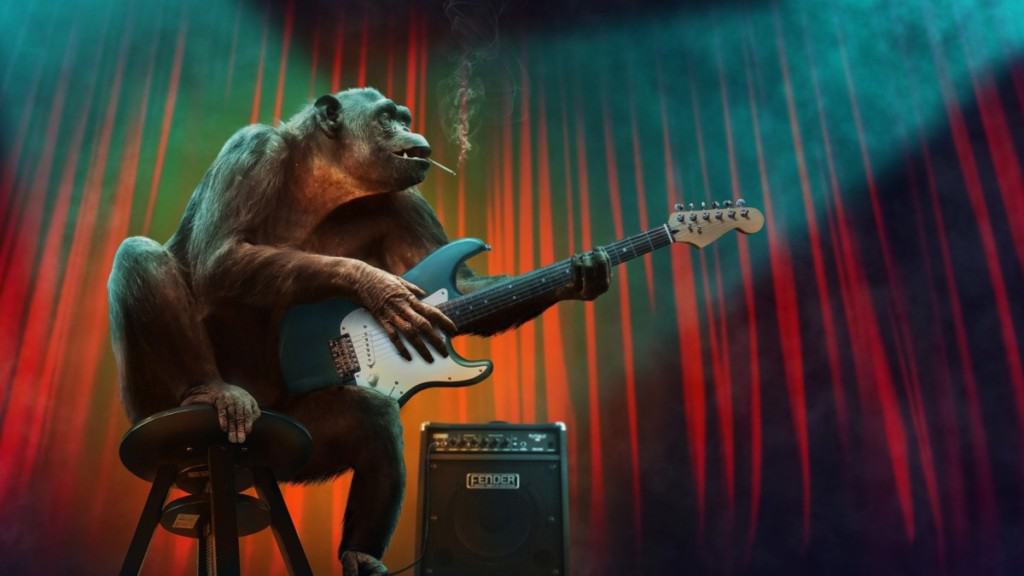 Whether you are playing in a state-of-the-art studio or the local pub, you’ll very likely find one or more DI boxes around you for sure. They have different uses in different scenarios but the principle is always the same: balance an unbalanced signal.

I have written an article on Active or Passive DI boxes for electric guitar. You can read it here.

This is, perhaps, the best-known use for a DI box. Live sound engineers use them to run audio signals for long distances without losing audio quality. It is a very simple operation: adding the ground component balances an unbalanced signal. This is to say that you can go from using a two-component, regular ¼” cable to a three-component XLR connector.

Let’s put it in an example; let’s say you are the keyboard player of a band playing a medium-sized venue.

Normally, the input for the sound console will be opposite to the stage. If you were to run a regular, unbalanced ¼” cable, it will pick up noise on the way to the mixer. Furthermore, it will degrade the signal to the point it has nothing to do with the money you paid for your Nord Electro 6D, for example.

What if the sound person came along with a little unit as tiny as the Radial PRO DI and balanced the signal so it can be loud and clear in the mixing board? Moreover, what if you would carry that unit everywhere with you and didn’t depend on the sound person? Well, that is exactly why DI boxes are so important for a musician’s life.

DI Boxes In The Studio

As much as DI boxes are great to use live, there is a lot you can do with them in the studio. In my case, I own many of them and use them all the time to make recordings of different instruments. This includes using them as a splitter to take the sound to more than one source without any added noise.

For example, a trick I love is having the bass player playing his lines in the control room and use a DI box to split the signal driving one balanced, XLR cable through the preamp to the audio interface and another, unbalanced signal to the amp with several microphones in the live room.

This way, when I get to the mixing stage I have a very dry, treble-oriented bass that went direct in, and a 15” bass cabinet with four microphones. If I can’t make that sound astonishingly huge, then I should definitely choose a different profession. 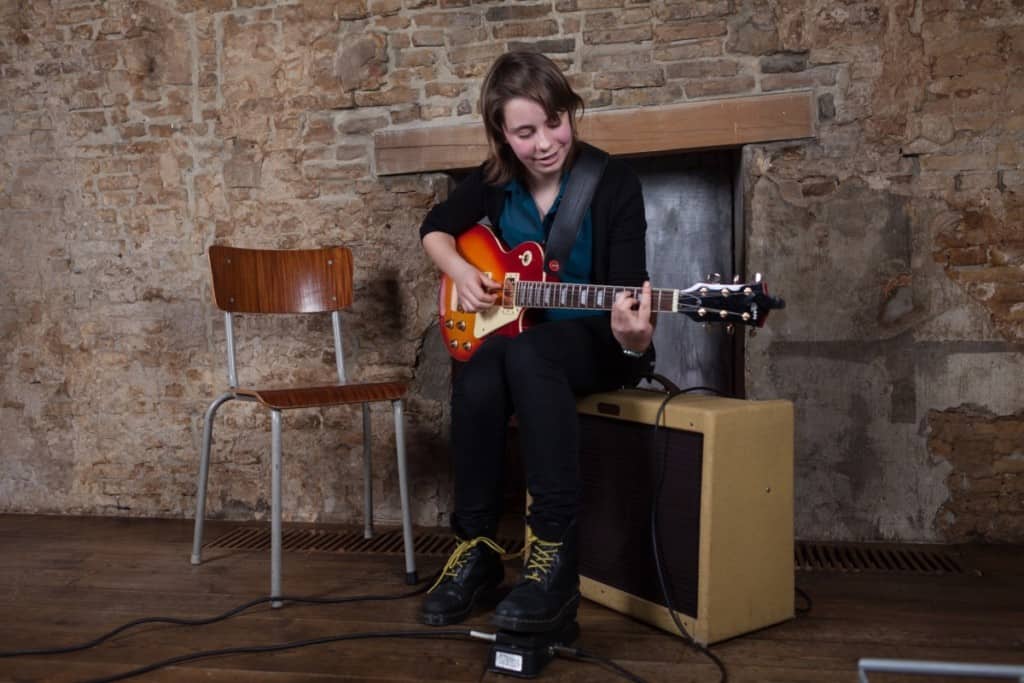 Not all DI boxes are created equal; some have more features than others. These can prove to be crucial in some case scenarios (maybe that’s why manufacturers add them in the first place?). Although the list could go on forever, let’s look at the most relevant ones.

This is one of the main “unknown” features of DI boxes. Not many people are familiar with something called ground loops.

These are the loops formed by electrical current among different pieces of gear plugged to the same source. Ground loops create 60Hz hum and can be a real headache on a big stage. Amplifying that hum through a 2,000-watts PA can very well be a nightmare you want to wake up from rather than the ideal gig. Switching the “ground lift” ON can be a great remedy for it.

What is DI Box PAD?

Attenuators are great when you have a source that is too hot (high gain). If the source is too hot even for a passive DI box (more on passive/active shortly), you have to make it quieter to work with it. A PAD switch on some DI boxes takes away either 15dB or more from the signal to avoid clipping. Believe me; this can be a life-savior.

This is a superb function that allows acoustic guitar players and bass players, for example, to go to the main mixing board with an XLR cable and to the amplifier with a regular ¼ cable.

This is good to get a clean, unprocessed signal at the PA while also plugging the instrument into pedals and an amplifier for the musician to hear the processed signal on stage coming out of a monitor amp with a microphone in front of the speaker. Blending the two signals together is a proven recipe for success.

There are some of these models that will sound more familiar to you than others. The good thing about learning that they exist is that they can help you solve future problems. I’ll add an example of each model on one of the best brands in the world for DI boxes, which, in my opinion, is Radial.

The quintessential DI box doesn’t need any kind of power to operate.

It is a sturdy piece of equipment that sits on the floor and does its job night after night, band after band. In this category, my favorite is Radial JDI with Jensen transformers that sound amazing. I’ve stepped on them, kicked them around, and abused them as if it was a reality show about their endurance and they still performed flawlessly countless times.

The active counterparts of the passive DI boxes utilize a different approach; they need power to operate.

Some come with a slot for a battery and others need to be plugged in for power. My all-time favorite is the Radial J48 , which is identical in rugged construction and convenient size to the JDI but adds phantom power capabilities and a low-cut filter to the mix.

This last feature works wonders for cutting acoustic guitar’s low rumble feedback. In case you are wondering when to use one or the other, the golden rule of DI boxes goes as follows: “passive DI boxes for active sources and active DI boxes for passive sources.”

I don’t have to explain to you the differences between mono and stereo, do I?

Both of the Radial models mentioned above are stereo and come with a very cool feature called “merge” that allows you to blend the two inputs or use them separately. On the mono side of the spectrum, my favorite is the StageBug by Radial. You can get it in its passive or active version. 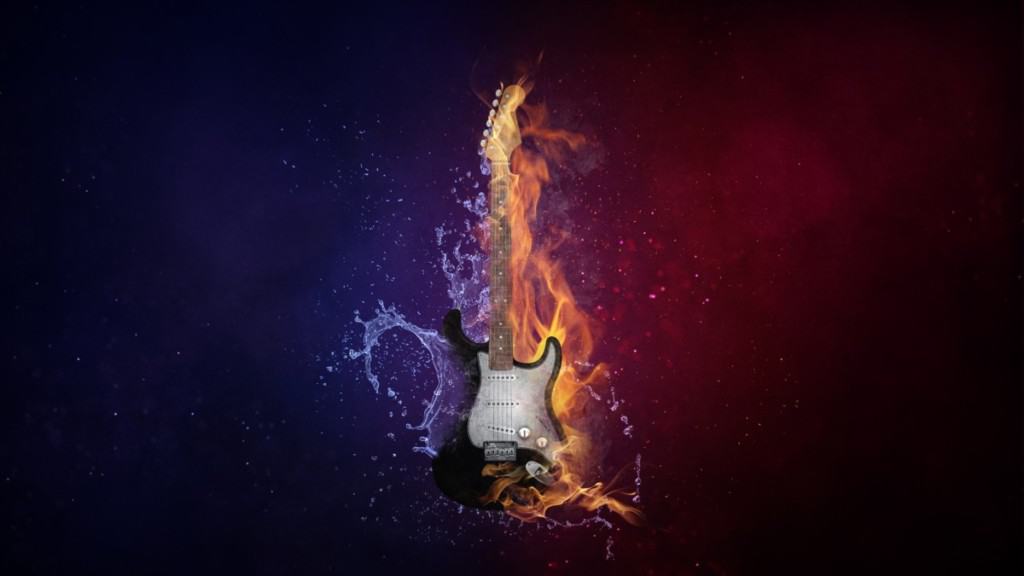 Because I use DI boxes live and in the studio, the reamp version of it is, for me, super important.

The idea is to have the player relax and play as much as he or she wants and then tweak the sound in a playback loop. For example, you can put the reamp line through pedals until you find the perfect tone preserving everyone’s mental sanity.

To me, the best in the business is the Radial JCR with the original John Cuniberti circuit. If the price tag is a little too steep for you, the Radial ProRMP sounds great for half the price too.

Oh yes, you thought that DI boxes were for old-school people like me only? Well, think again, because Bluetooth just made it to the big leagues. Being able to play music from your phone via Bluetooth and letting the DI box turn that into mixer-ready, stereo XLR outputs is exactly what the Radial BT-Pro does.

Speaking of music, what about DJs? Well, turntables have a very distinct, beautiful sound. If the DJ (which might be you) makes the effort of bringing all those vinyl treasures; that effort should be appreciated. The Radial J33 , for example, includes a dedicated preamp designed for DJs and allows an RCA connection with stereo XLR outputs. Plus, it features a rumble filter to get rid of that annoying low end muddying the mix.

Because piezo-equipped acoustics have a distinct sound, there’s a dedicated DI box to handle them. The StageBug SB-4  from Radial includes a Hi-pass filter and also a phase-reverse switch.

Finally, it also features an AUX input so you can play with your favorite tracks plugging it all in a single unit.

DI boxes accompany the life of musicians and recording engineers for a lifetime. Being able to know which one to use and when can prove to be a game-changer in your professional life.

Take this advice, try them out, and sound better than you ever did by eliminating sound degradation and any kind of hum; you´ll thank me in the long run.