Not everything in the life of a recording engineer is glamorous and beautiful.

We aren’t always sitting on our comfy chair, moving knobs, and having fun sipping an espresso mug; we have to go out in the field too. That was me several years ago trying to make ends meet when studio work was kind of slow going on an international tour with a band.

I would need thousands of words to tell you exactly what happened, but I learned a lot about DI boxes; they saved my life countless times. I get asked about them all the time by clients, friends, and colleagues, so it is about time we address the issue properly.

So, should you use an active or passive DI box for electric guitar?

Although that rule works 80% of the time, there are some common exceptions; acoustic guitars are one of those exceptions. In short, if the preamp on it is active and powerful, you might want to choose a passive DI box.

What if you change instruments in the set? in that case, an attenuator on an active DI would serve the best. For electric guitars and Basses, always go active.

I use DI boxes every single day of my life (yes, including weekends). Follow me into an adventure and never, never, never forget to bring your DI box with you. 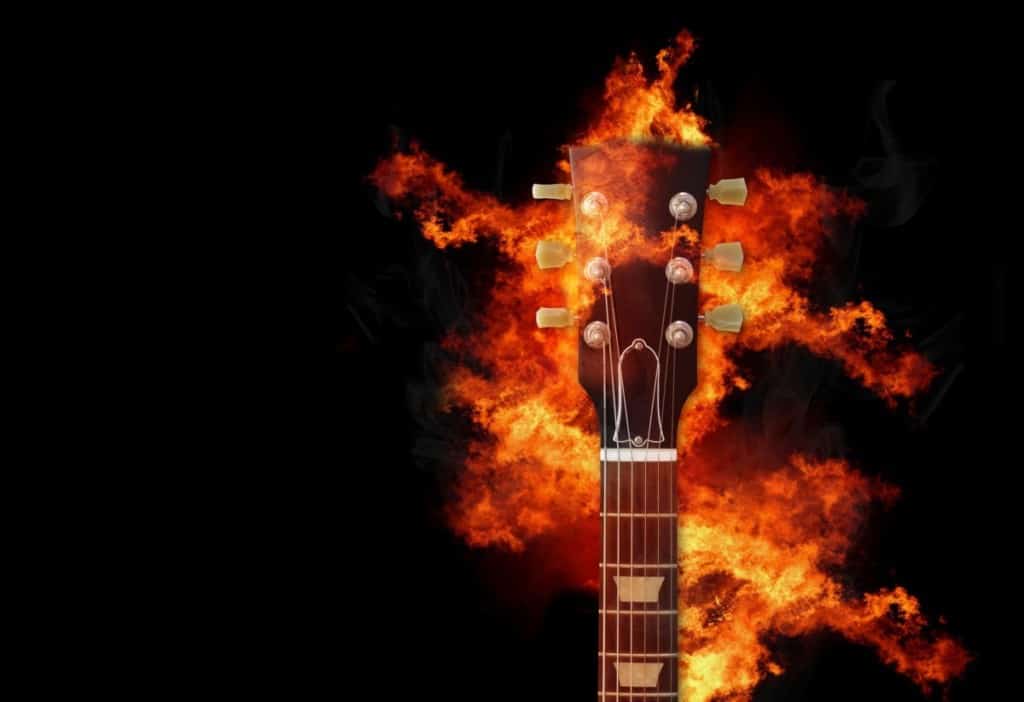 Why Would You Use A DI Box?

First things first, let’s discuss why you need a DI box in the first place.

What a DI box does is very simple: it captures sound without a microphone. Yes, it is very simple, but it changed the life of many people. Picture it for a second; before they were invented you could have over 20 microphone stands on a single stage making everything very complicated. Furthermore, the sound captured by a microphone is never pure, isolated, or noise-free. DI boxes came along to put an end to that pandemonium.

Here’s a great video that shows what a DI box is and why you might need one.

But that is not the whole story, there’s a lot you can do with it in studio situations too. Let´s take a look at each case scenario.

I’m about to reveal a secret to you by talking about my re-amping technique. Use it well and you too can capture amazing moments and then… tweak the night away, as I call it until you find the perfect sound.

· Re-amping – Once I’ve captured the performance as clean as I can with the artist, it is time to re-amp with an actual amp. My DI box on the way in, (active) (usually the Radial J48) ensures the audio is loud, clear, and as noise-free as possible. Then, using my Radial PRO RM, which is a passive DI made especially for this endeavor, I go back through the pedals and into the amp(s). I put some microphone(s) in front of the amp(s) and then tweak it until it sounds perfect.

Re-amping is becoming more and more frequent these days.

The thing about it is that you can get the closest to the perfect tone without asking the musician to play it a million times while you are adjusting knobs and moving microphones around. This way, you can tweak the night away while musicians are at home.

In case you are the musician and the engineer, you can use your headphones to get the perfect sound forgetting about playing and the feel of the instrument.

What About Acoustic Guitars And DI Boxes?

I do not record acoustic guitars with a DI box because it will destroy the instrument completely.

Piezo pickups sound amazing live, but they are not suitable for recordings. Depending on the role the guitar plays in the song, I usually mic the instrument directly and the environment around it. Getting that beautiful bronze & wood sound into a recording is exactly what I call one of the benefits of my profession. 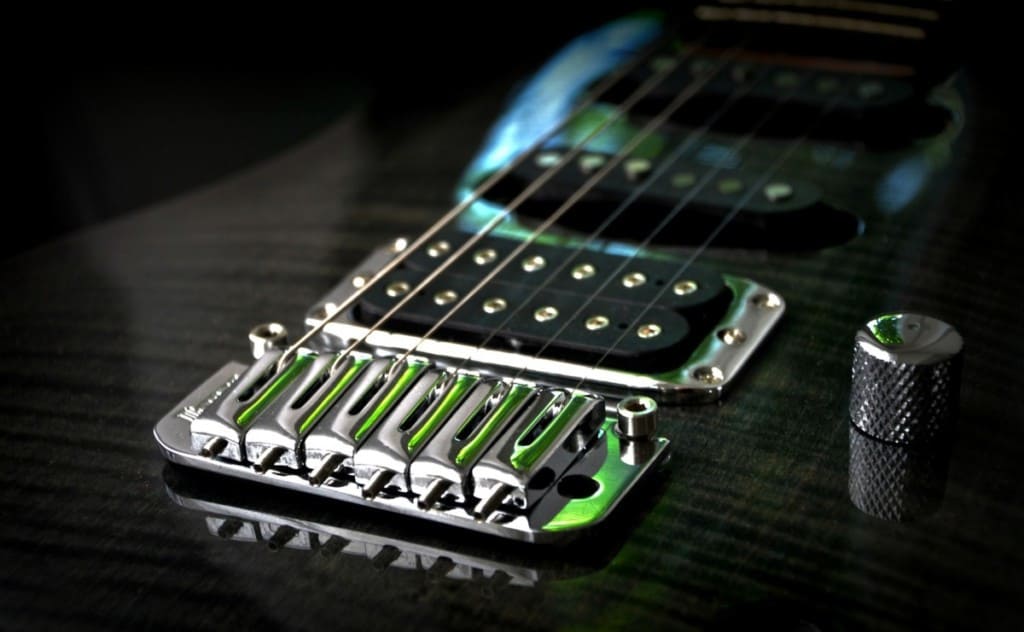 DI Boxes In A Live Situation

This is what DI boxes were created for: live stages. There are several benefits you can get with your acoustic-electric or electric instrument, let’s take a look:

· Avoid sound degradation – Sound degradation and noise interference are your biggest enemies in a live situation. I remember this awful gig in a tent in a big field in Sweden. We arrived the same day as the show, and I had to get everything ready for a soundcheck in a few short hours. The mixing console, believe it or not, was outside the tent to fit more people in. We’re talking about over 100 feet! I asked around and managed to get a DI box for every musician and thus the audio quality was preserved. Running a regular plug connection that far makes you lose the entire top end and degrades the sound to a level of annoyance I don’t wish on my worst enemy. Oh, and don’t even get me started on interference; a good DI box can help you deal with both.

· Get a clean signal – Microphones are amazing in the studio and controlled situations but can be a nightmare on stage. The band I was touring with was an Americana, Hillbilly band and it included a fiddle, a mandolin, a banjo, several acoustic guitars, and an electric bass. Can you imagine my mix with a mic on each instrument on a windy, noisy stage? I solved it all with a DI box for each. I got every instrument crystal clear and could work with it to make it sound perfect. All of the boxes on the tour were active, and I’ll tell you why a little later in this article.

Ever Heard Of A Ground Loop?

Have you ever heard the term ground loop?

The term is used to explain an electric phenomenon happening on most stages in the world creating hum and buzz. The “ground loop” is created by the electric installation of the building/venue/forgotten Swedish old barn. The electric current travels from one device to the next, thus creating a loop that is independent of the sound loop.

This second loop can create a very annoying noise. To break that cycle you can simply trigger the “Ground Lift” in your DI box and that is it; problem solved. This is why every DI box on the tour was active.

Passive DI Boxes Are Great For…

Passive DI boxes do not need any kind of energy source to work and are great for handling hot signals effortlessly. Another great thing about passive DI boxes is that when cranked, they sound close to natural saturation while their active counterparts sound like digital clipping. My favorite is the Radial JDI, it sounds amazing.

Passive DI Boxes are great for:

· Avoiding the use of microphones on stage

· Electric-acoustic instruments in general with an onboard preamp, most synths, virtual drums, DJ gear, and more hot signals.

Active DI Boxes Are Great For…

On the other side of the spectrum, we have active DI boxes such as my favorite, the aforementioned J48 by Radial. These are some of the best case-scenarios for them:

· Interrupting chains of noise such as breaking a ground loop

· Recording in a gear-filled room for a later re-amping of a crystal-clear signal. 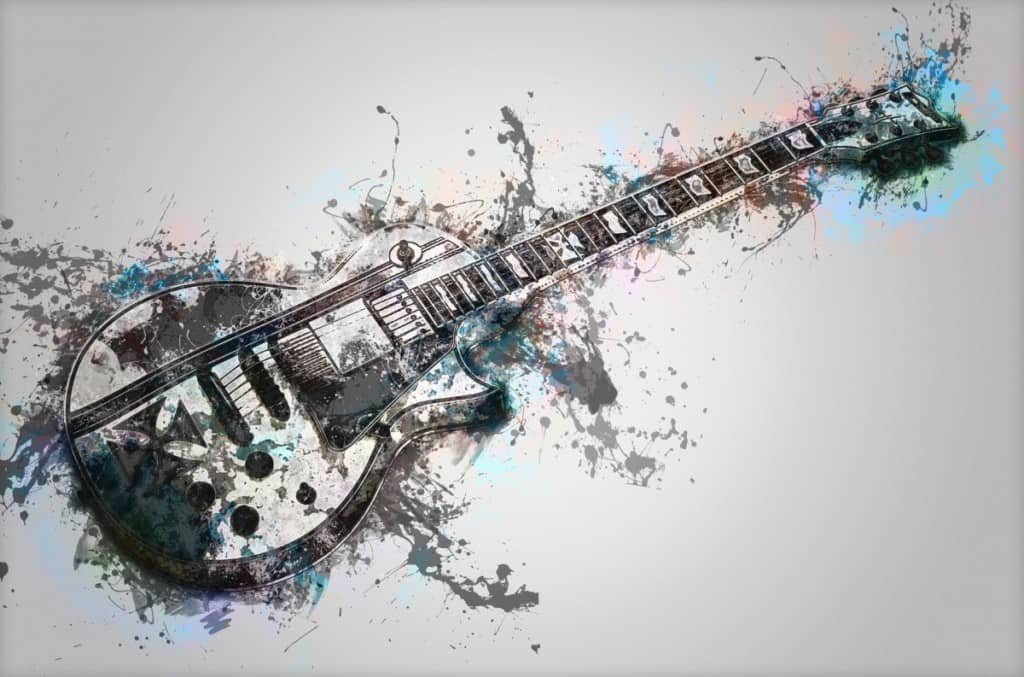 Active boxes have several buttons on them including the ground lift, most times phantom power, and an attenuation or “PAD” button. On that same tour, we were traveling with three guitar players, and each brought their own instrument. They varied wildly in volume from one to the next, and one particular night the pad button saved my life.

Jerry, the main guitar player changed the battery on his guitar that same afternoon without telling me about it..

I assigned him the hottest DI box because he had a dying battery and needed some help. That night it was the opposite; with the gain in my console in 0 he was still too loud. I couldn’t run on stage in the middle of the show and change it, so I asked the monitor guy to press the pad button on the box that attenuated gain for 15dB. The night was saved thanks to the pad button – the magic pad button.

Finally, another great thing about DI boxes is that they can lower the signal to noise ratio drastically. This ratio indicates the level of noise vs the actual sound in the signal, lowering the ratio gives you more room to modify and amplify the sound. This translates into better sound even in the harshest weather and with the worst interference.

Conclusion: “It all comes down to the power of the source”

The phrase above is not at all a line from Game of Thrones or Lord of the Rings, we are talking audio here.

Active basses, acoustic guitars with loud preamps, and most synths don’t require anything extra so work better with a passive DI. The pro tip, in this case, is that you always want to have a little extra in live situations in case the battery on the guitar is dying, or if you use several different instruments in the same show, for example.

My recommendation is to have one of each, but if you are going to have only one, go for an active DI box with a pad button in case you need it.

I hope that clears out any doubts you had about DI boxes.