Phantom power is required whenever you record with condenser microphones. These mics need amplification and an increase in voltage to work. The majority of audio interfaces and mixers provide phantom power.

Phantom power simply supplies a condenser microphone with additional voltage. Phantom power therefore does not reduce noise, but it does provide the microphone with the necessary boost in power that it needs to record audio. Noise is more likely to be reduced by taking other measures.

If you attempt to use a condenser microphone without phantom power, there may be significant amounts of noise present in the signal.

This is likely to be due to a faulty XLR cable, but turning on phantom power will simply mask the problem rather than reducing it.

In this article, we will investigate the subject further and look at the relationship between phantom power and noise reduction. 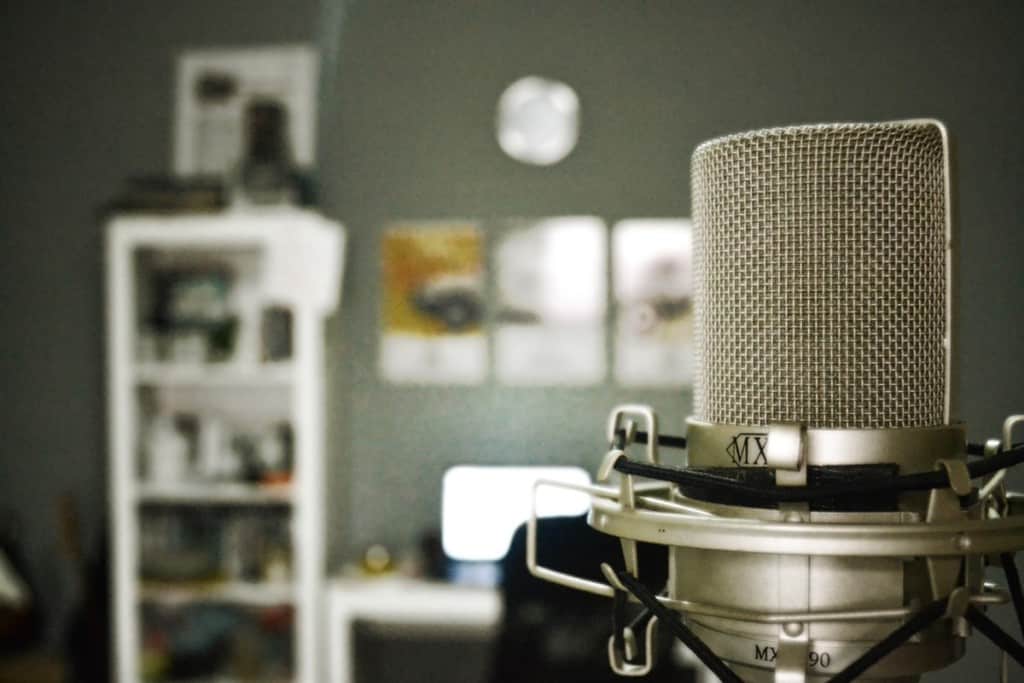 Condenser microphones are used for many purposes, in both recording and live music. Their ability to capture audio with unrivaled precision makes them a popular choice for vocals, acoustic instruments, and instruments with sharp transients like snare drums or drum overheads.

Phantom power provides a vital voltage boost to condenser microphones. Unfortunately, the benefits it offers don’t include reducing noise issues. However, that doesn’t mean we should underestimate how important phantom power is.

The voltage boost provided by phantom power allows a condenser microphone to work.

Without it, microphones are incapable of recording or projecting a sound source, and therefore they are rendered useless. To understand this integral relationship, and why phantom power doesn’t reduce noise, we need to establish the basics of condenser microphones.

The operation of a condenser microphone is known as variable capacitance.

This term simply describes the way the microphone receives and processes sound. Arguably the main inner component of a condenser is the diaphragm. This is positioned across a device known as a backplate.

So what does phantom power have to do with all of this?

Well, as the capacitance varies due to the changing distance between the diaphragm and the backplate, the acoustic variances are then converted into electrical signals. These signals are too quiet to be projected from the condenser microphone and consequently require a boost.

Now, considering noise reduction, it could be argued that without the phantom power, there may be noise present in the signal being sent from the condenser microphone.

In most cases, there will be silence, but even when using balanced XLR cables, there is a chance that some electronic hum could make its way into the output.

When phantom power is turned on, the condenser then can amplify the sound source. This is likely to take your attention away from any noise that was present before the phantom power being turned on. So the phantom power could reduce the appearance of noise, rather than minimizing its volume or presence.

Noise reduction wasn’t part of the plan when phantom power was first introduced. It simply meant that the heavy and inconvenient power supplies that accompanied vintage tube microphones no longer needed to be carried around whenever they were used.

The table below lists some popular microphones and whether they need phantom power to operate.

What Exactly Is Phantom Power?

To understand why phantom power doesn’t reduce noise, it’s necessary to explore what it is, how it works, and why it is so essential to any recording or live music setup.

Essentially, phantom power is an instantaneous way to provide microphones that require a boost in electricity with more power.

In the vast majority of cases, phantom power is used with condenser microphones. Other mic types, like dynamics, never require phantom power because they don’t require additional voltage.

Phantom power works by completing a series of processes. Firstly, it sends the extra voltage through the internal wires of an XLR cable. This type of cable is the only one capable of carrying phantom power to a condenser microphone because it is balanced.

Although most phantom power that you come across will likely be labeled as +48v, there are two other voltage levels – 12 and 24v. These are rare compared to the standard voltage phantom power and are mainly used for specifically designed instrument amplifiers and preamps.

It simply allows the microphone to operate, so in that regard, one could argue that rather than reducing noise it is causing more noise to occur due to the amplification process.

Using the wrong voltage is unlikely to do any damage, but it may lead to complications when recording.

We’ve established that you can easily daisy chain XLR cables without negative results occurring. However, it’s worth noting that the more connection points that are present in a single cable run, the more likely things are to go wrong.

Cables could disconnect from one another causing the signal path to be broken, there could be electrical noise, distortion may occur, and interference is also a possibility.

I have written an article that offers more advice on phantom power. You can read it here.

Check out this video on reducing noise to your mics when recording.

As I previously mentioned, phantom power is predominantly used with condenser microphones.

With that being said, some additional devices require the voltage boost provided by phantom power. Unfortunately, it won’t reduce noise when used with these devices, though.

Like condenser microphones, preamps and DI devices often require phantom power. However, they are less tolerant to incorrect voltages, so if they require +48v it’s important to make sure that they aren’t being subjected to 12 or 24v, or they won’t function.

This is mainly because DIs and preamps are fairly powerful devices in comparison to a condenser microphone, which generally only requires a small number of milliamps. This can be provided by an audio interface or mixer with inbuilt phantom power.

DI boxes and preamps are both useful tools to have in your recording studio or live setting. The DI box allows you to input microphones and instruments directly into a standalone unit which provides them with the optimal voltage and outputs them into the mixer.

Preamps perform a similar function, but they also offer tone-shaping and level parameters which can be used to tweak the sound of the instrument or microphone before it enters an amplifier, interface, or mixer.

Does Phantom Power Reduce Noise From A Dynamic Microphone?

Despite the fact that dynamic microphones don’t require phantom power, subjecting them to it is unlikely to cause any damage. Nevertheless, instead of reducing any noise in the signal, the phantom power is actually likely to add to it and exacerbate the issue.

Therefore, it’s always best to keep phantom power turned off when using a dynamic microphone, like the legendary Shure SM57. If you’ve ever turned phantom power on when a microphone is plugged in, you’ve probably experienced the sharp popping sound that is sent through the monitors.

This sound is caused by the sudden surge in voltage. To protect your monitors, interface, and other equipment, it’s important to keep phantom power turned off unless it is required.

Check out my article on why speakers pop here. 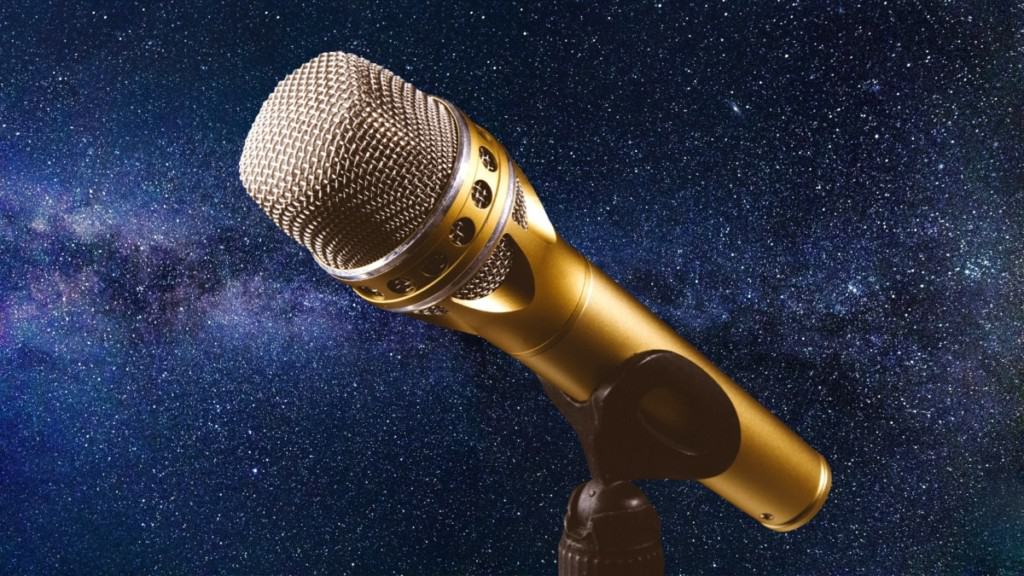 Does a microphone’s polar pattern affect its sound?

A microphone’s polar pattern certainly does affect its sound. Different polar patterns, such as cardioid, figure-of-8, or omnidirectional, all have a significant impact on the overall sound of a microphone.

Although it’s unlikely that phantom power will damage an instrument, it is possible. Keyboards are especially susceptible to damage from phantom power. All line-level instruments shouldn’t be subjected to it if at all possible.

What is the frequency response of a microphone?

What is microphone self-noise?

I have written an article on this subject. You can read it here.