Loopers are highly useful pedals that allow musicians to essentially create their backing tracks, in real-time. They provide many options that wouldn’t usually be possible in a solo performance. This includes layering chords, percussion, and vocals.

Can you use a looper pedal without an amp?

In theory, yes you can. Some high-end loop pedals have dedicated headphone outputs for this purpose. However, plugging headphones into a normal output is not recommended. If the looper doesn’t have a headphone output, using a headphone amp is a good solution.

Although the best option is to use an amplifier, this isn’t always possible.

Thankfully, some loopers allow you to simply connect to the headphone output. It might be tempting, even if the loop pedal doesn’t cater for headphones, to plug a pair straight into the output.

This is not advised, as the power of a normal output is different from a headphone one. In this detailed guide, I’ll explain when you can use a looper without an amp, and how to do so. 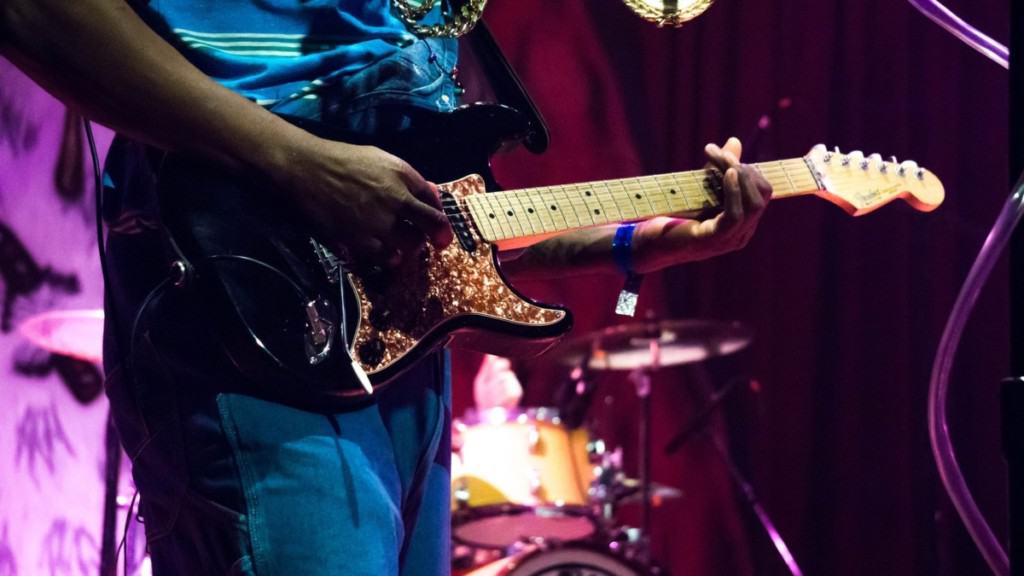 How To Use A Looper Without An Amp

The easiest way that you can use a looper without an amp, is by using the dedicated headphone output.

If the pedal accommodates this, it will most likely be in the form of a 6.35mm jack output. It’s important to take note of the fact that headphone jack outputs are different from the standard output you would send from a looper into an amp.

As loop pedals have grown significantly in popularity in recent years, there is a vast range of options, each with different capabilities. Some of the smaller, more simplistic loopers offer limited connectivity options. These pedals are less likely to provide you with a dedicated headphone output and would therefore require a headphone amp.

Check out the Boss RC-1 Looper here on Amazon.

On the other hand, larger, and often more expensive loopers are likely to offer a headphone output. If this is the case, then you can use the pedal without an amp quite easily. You simply plug your headphones into the 6.35mm output, and the audio will be sent into headphones.

Take a look at this high-end looper here.

The obvious downside to doing this is that you only hear the clean sound from your guitar or another instrument. Rather than the tone being amplified and colored, it is completely clean, and this will be reflected in the overall sound.

If the looper in question doesn’t have an output specifically for headphones, it might be tempting to simply connect them to the standard output.

This is not a good idea, because different output types have varying Ohm ratings. Consequently, the drivers will be either overpowered or underpowered, which can cause damage to the headphones. Also, the majority of pedal outputs are mono, in contrast to headphones which are stereo. This means the sound will only come through in one ear.

To know whether or not a loop pedal has a headphone out, you need to examine the input/output section.

Chances are there’s only one output, and then the pedal won’t cater for headphones. If there are multiple outputs, one should be labeled as “Phones Output” or something similar. This video explains the basics of using a loop pedal.

If a looper doesn’t have a headphone output, there are still other methods you can employ to use the pedal without an amp. The simplest way is to combine the loop pedal with a headphone amp.

What exactly is a headphone amp?

These devices are used specifically to provide power to headphones. As I mentioned earlier, certain outputs produce different Ohm levels, as do certain headphones. If the output from a loop pedal is too weak or strong for the headphones, it can cause electrical issues and potentially damage the equipment.

That’s where a headphone amp comes in.

You simply send the output from the loop pedal into the headphone amp, which then boosts the signal until it is at an optimal level for the headphones, making it ideal for playback, with no power issues.

It’s a very similar process to using a standard amplifier, except the small headphone amp box receives the output and it never gets amplified out loud.

Check out this great headphone amp here on Amazon

Although the majority of headphone amps make it possible to use a looper without an amp, there is a lot of variation between the different makes and models of these useful devices.

Some may provide you with additional controls for adjusting the dynamics and gain of the amplified signal. This is especially useful if you are using other effects in addition to a loop pedal, as it helps to iron out any dynamic inconsistencies between the outputs of the pedals.

Loopers are digital devices, first and foremost. This means that the signal is sent digitally from the pedal. For it to be heard in headphones, the signal must be converted to analog. This conversion is performed by a device known as a digital audio converter or DAC for short.

That’s why the headphone amp is so important. After the DAC has converted the digital signal into analog, it requires an extra boost to make it strong enough to be received by the headphones.

A headphone amp then takes the converted signal from the looper after it has been processed by the DAC and boosts it to the perfect level for it to be successfully received by the headphones. Then, the user can adjust the gain and volume settings on the headphone amp to create a good balance.

I have written an article on headphone amps and preamps. You can find it here.

Using A Looper With An Audio Interface

Now that we’ve established the two most conventional ways that you can use a looper without an amplifier, let’s examine a third method, which despite perhaps being more complex, allows greater freedom in the results.

This method consists of using an audio interface rather than an amp and sending the output from the loop pedal straight into the direct input on the aforementioned device.

Firstly, let’s establish what an audio interface is.

If you’ve ever recorded into a DAW, you likely used one of these devices. They link a computer or laptop to microphones and instruments via direct input. They often offer multiple add-ons like phantom power, gain control, and headphone monitoring.

Check out my article on how to get started with an audio interface here.

One of the most useful abilities of an audio interface is that it can record directly from a pedal or instrument without the need for an amplifier. This allows the clean signal to be captured, and some engineers prefer doing it this way to afford them more flexibility in the mixing process.

Audio interfaces are great alternatives to using an amp with a looper because they provide you with two options: real-time playing or recording from the output.

If you turn on direct monitoring, which is a feature that most decent interfaces offer, you can do both simultaneously – effectively recording your rehearsals.

This is a great way to practice more effectively. By listening to the output from the looper as you are playing, you are getting all the benefits of the rehearsal.

If you choose to set a channel to record within the DAW at the same time, you can then either use the recording to form part of a song or use it to reflect on your performance and tweak aspects that perhaps require improvement.

Audio interfaces can either be sent to monitors, or headphones.

This means no matter what equipment you have at your disposal; you will be able to use the looper without an amp. Not to mention, interfaces are vital pieces of equipment for any musicians who want to record and create their original material, so for that reason, they are worthy investments.

Let’s look at a summary of the three discussed methods for using a looper without an amp:

Check out my article on Audio Interfaces for live performances here.

Can you use two loopers at the same time?

Where should a loop pedal go in a signal chain?

Loop pedals should be placed towards the very end of a signal chain. This means that when other effects are applied to the signal, the looper records them and allows you to process the loop.

What are dual outputs used for?

Dual outputs are commonly used for signal splitting. They make it possible for a musician to send two separate signals to two separate outputs. For dual-amp setups, having two or more outputs is essential.

Check out this great video on YouTube called “The art of the loop” It’s great viewing.

I hope this clears up some of the myths around using loopers without an amp, thanks for stopping by and enjoy your music-making!