The Blue Yeti has quickly become one of the best-known USB microphones on the market. Convenient and versatile, it is especially popular amongst podcasters, streamers, and content creators.

Is the Blue Yeti good for singing?

With its ability to change between four polar patterns, the Blue Yeti condenser mic is excellent at recording vocals to a high standard. It also has an onboard headphone jack, along with gain and volume controls, so that you can monitor your singing in real-time.

USB microphones are most commonly used for spoken word applications, such as podcasting or live streaming.

Musicians tend to use XLR microphones with an audio interface, because of the adjustable gain, level, and monitoring settings. However, the Blue Yeti is arguably better for singing than many of its XLR equivalents.

In this guide, I’ll dissect the Blue Yeti mic to determine its capabilities for singing recordings. 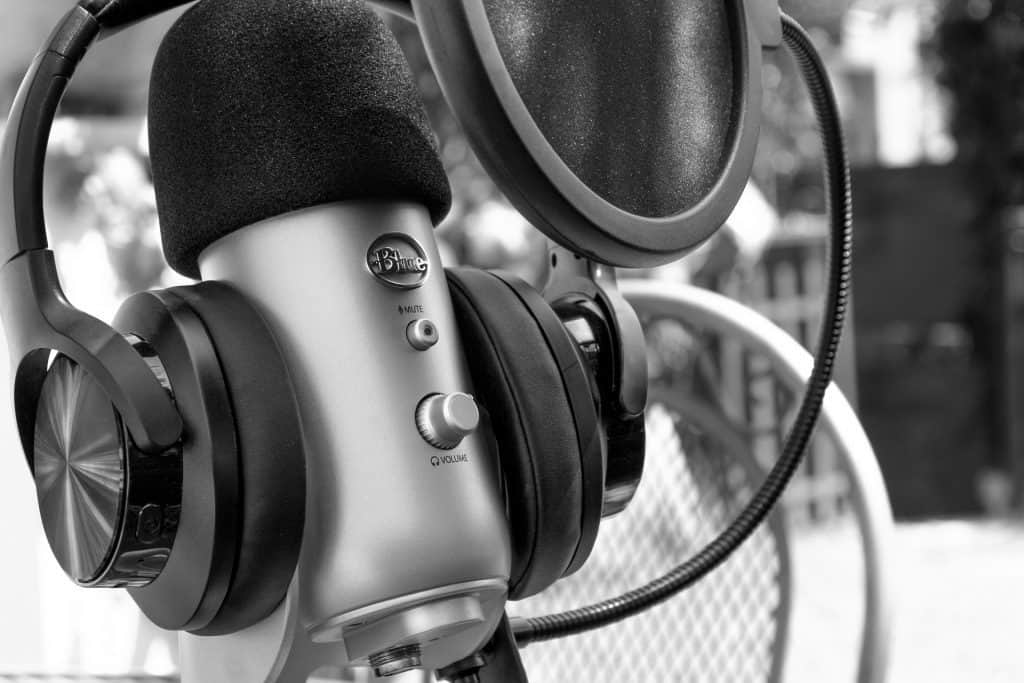 Why The Blue Yeti Is A Great Choice For Singers

Thanks to the rapid advancements in music technology over the past decades, all that you need to record high-quality audio is a capable microphone and a laptop.

As the medium of podcasting has become increasingly popular, USB microphones have emerged as the go-to choice for spoken word recordings.

The main advantage of using a USB microphone is that you don’t need an external audio interface to connect the microphone to your computer or laptop. The USB connector port provides all of the power that is required for the microphone to record.

Very few USB microphones can claim to have enjoyed the undeniable success of the Blue Yeti.

In recent years, this versatile condenser microphone has cemented its position as one of, if not the most popular USB microphones used for podcasting, live streaming, and other content creation.

Check out the Blue Yeti here on Amazon.

Although the Blue Yeti is less popular amongst musicians and vocalists, it is capable of capturing high-quality singing recordings too.

It doesn’t produce the standard of an expensive condenser microphone used in professional recording studios, but for an affordable USB microphone, it performs very impressively for singing.

Condenser microphones are the most commonly used type for recording vocals. For live singing, it’s more common to use a dynamic microphone like the Shure SM58, because dynamic mics are generally less prone to noise issues in a live environment.

The Blue Yeti is a condenser microphone, and it boasts a frequency response of 20 Hz to 20 kHz. This means that it can capture the full spectrum of the human voice, no matter what the style or tone of singing is. Having an extensive frequency response is an important quality for vocal mics.

Check out my article on recording ASMR with a Blue Yeti Microphone. You can read it here.

The main quality that makes the Blue Yeti good for singing and vocal recordings is its ability to switch between several polar patterns.

Polar patterns are essentially designs that alter the directionality of the microphone’s capsule. A cardioid polar pattern, which is one of the most common found in vocal condenser mics, picks up sound from the front of the capsule.

The Blue Yeti has a tri-capsule design, which makes it possible to switch between four polar patterns and change the way the microphone picks up sound. These polar patterns are:

When you’re using the Blue Yeti for singing recordings, it’s most likely that you’ll use the cardioid polar pattern. The majority of vocal condenser microphones use this polar pattern, as it focuses the capsule to the front, picking up the sound of the singer facing it.

Nevertheless, singing is not a one-dimensional practice.

If you’re recording a duet with another person or a choir, omnidirectional polar patterns are ideal. When the Blue Yeti is set to omnidirectional, it will pick up sound equally from all directions around the microphone capsule.

Bidirectional is well suited to interviews, as it picks up sound from both the front and the back of the microphone. Again, this might be useful if you’re recording two vocalists at once, or perhaps a singer accompanied by a guitarist or other instrument.

The stereo polar pattern allows the Blue Yeti to capture separated audio of the left and right channels.

For singing, you might need to use this polar pattern if you’re trying to separate two audio tracks, two singers, or a singer and instruments in the mix. The only issue with stereo mode is that it is hard to clean up the audio when mixing.

Having the choice of four different polar patterns is one of the standout features of the Blue Yeti microphone, and probably a large reason for its popularity. It means that the microphone can be quickly tailored to suit the style of recording that you need at any given time.

If you’re predominantly going to be recording yourself singing alone, I’d recommend sticking to the cardioid polar pattern. This will provide you with the clearest recordings of your singing, and focus the microphone towards you, with no background noises spilling into the track.

Furthermore, the Blue Yeti allows you to experiment with the four different polar patterns.

Not only does this provide you with valuable knowledge of how polar patterns affect singing recordings, but it also means that if the time comes to record multiple vocalists at once, or other accompaniment to a singer, you have the platform to facilitate this.

In the table below, you can see a summary of the four polar patterns that the Blue Yeti is capable of using:

Features Of The Blue Yeti For Vocals

Along with the generous choice of polar patterns that the Blue Yeti boasts, it also includes several features that improve its compatibility with singing. It’s rare to find so many onboard features on a USB microphone.

If you were using an audio interface and an XLR condenser microphone to record vocals, you’d have gain controls for the inputs, a master level control, phantom power, headphone outputs, and possibly other features to streamline the process.

One of the reasons that vocalists, in general, prefer to use XLR condenser microphones with interfaces over their USB counterparts is because of the flexibility, and control they offer over the various aspects of the recordings.

This video provides an accurate demonstration of the Blue Yet’s ability to record vocals.

The Blue Yeti is a standout USB mic because it includes most of the features I just described.

Essentially, it is a microphone that has a mini audio interface built into its chassis – allowing you to tailor various aspects to suit your singing style ready for recording.

The headphone output which is built into the chassis of the Blue yeti USB microphone is a very useful tool, especially for capturing singing. When you record vocals, you must be able to hear your voice. This is usually facilitated by monitoring on an audio interface.

However, with the Blue Yeti, you don’t need an interface to monitor your singing as your record. Simply plug your headphones into the output, and use the headphone output volume control to adjust the levels accordingly.

Using the headphone output to monitor your recordings will save you time and effort.

There’s nothing worse than recording a perfect singing take, only to find that the audio has spiked at a certain point, causing digital clipping. This is much less likely to occur if you use the Blue Yeti’s headphone output to monitor your recordings.

Another accessory that is worth mentioning is the stand that comes with the Blue Yeti. Solid and robust, it is designed to allow the microphone to be easily rotated when you need to change its direction.

It is a desktop stand – which isn’t ideal for recording singing unless you have a tall desk or surface to place it on. If you find that the stand is not ideal for your singing recordings, you can swap it for a boom arm mic which will provide you with additional flexibility.

Finally, the Blue Yeti is equipped with USB “Plug-n-play”. This means that you require no software of drivers to use the mic. Simply connect it to the USB port on your laptop or computer, and it’s ready to start recording your vocals right away.

USB microphones, like the Blue Yeti, are powered by the computer or laptop and therefore do not require phantom power. Traditional XLR condensers, on the other hand, do need phantom power to record.

Check out my article on USB Microphones here.

What is the best microphone type for live singing?

It depends on personal preference to an extent, but the main type of microphone used for live singing is dynamic. These microphones generally pick up less background noise than condensers and are more durable.

Can you plug a headset into the Blue Yeti?