Speaker cables are the wires used to connect speakers to an amplifier. They possess three main electrical qualities – inductance, capacitance, and resistance. The optimal length of speaker wires is a frequently debated topic amongst audio enthusiasts.

Do speaker cables need to be the same length?

Speaker cables do not need to be the same length. It may seem logical that using speaker wires of the same length would result in a more consistent electrical current, the truth is it doesn’t matter. Unless there is a substantial length difference of over 30 meters, the impact is unnoticeable.

The effect that speaker wires have on the overall performance of a hi-fi system is debatable.

Some argue that the quality of the speaker wire, along with its length and gauge is just as important as the choice of speakers and amplifier. Others claim that the differences are hardly noticeable.

In this guide, I’ll explore whether speaker cables need to be the same length, and how they affect the overall audio system. 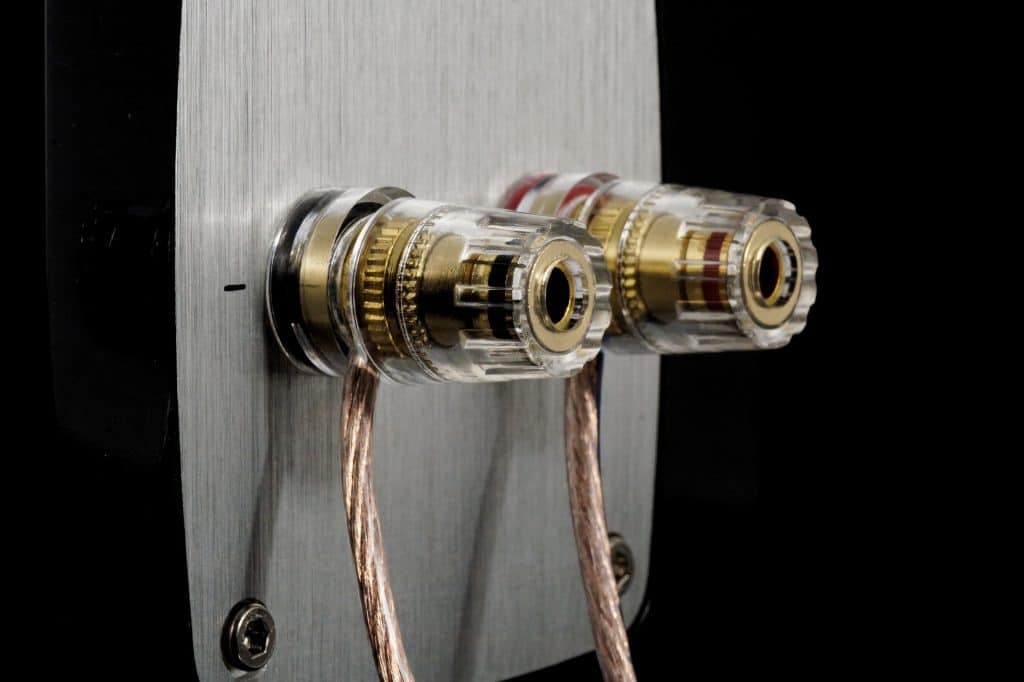 Should You Keep Your Speaker Cables The Same Length?

In the realm of audio equipment and accessories, there is a long list of myths that seem to get passed down from one generation to the next. The idea that speaker cables need to be the same length is perpetuated by audiophiles who argue that it is essential for maximum sound quality.

However, it’s important to be selective with the information that you absorb.

Admittedly, there is some underlying truth to this idea. However, in the vast majority of home hi-fi or audio systems, whether or not the speaker cables are the same length makes no difference whatsoever.

The idea that speaker cables should be the same length is based on the impact that length has on impedance values. This is the measure of the total opposition that the speaker cables present to the electrical current.

When speaker cables are different lengths, this causes the impedance values to be unequal.

This explains why many people believe that it’s important to keep the wires consistent in lengths, but in reality, the difference in impedance values is so minimal that it has no impact on the overall sound quality.

Indeed, if the speaker wires are extremely long (over 30 meters) making sure that they are the same length is important. Even so, it’s extremely rare that speaker cables will ever be used at such an extensive length.

Unless for some reason your speakers are positioned over 30 meters away from the amplifier, you don’t need to worry about inconsistent lengths. The overall quality of the audio produced by the system will not be adversely affected.

When the length of the speaker wire is greater than 1/20th of the wavelength of the fundamental frequency, the transmission line becomes a factor.

So ultimately, unless your cable needs to stretch over the equivalent of several football fields, the transmission line will not affect the frequency output.

This video summarizes the above points:

Now that we’ve debunked the myth that speaker wires need to be the same length, we need to consider the aspect that does have a significant impact on their overall performance.

Resistance begins to affect the performance of a speaker when it surpasses 5% of the speaker’s impedance.

Most speaker wires are categorized by the standardized system that is used to measure their diameter. This system has been used since the 19th century and is known as the American Wire Gauge or AWG for short.

The AWG scale is used for all types of wires that carry electrical signals. Regarding speaker wires, in particular, the AWG rating will impact the performance of the cable much more significantly than if they are at different lengths.

The scale that signifies the thickness of speaker cables ascends by two values, in reverse order. Some of the most common gauges you’re likely to come across are:

Check out these products here on Amazon.

Whereas the length of the speaker wire can easily be trimmed down, that gauge cannot be adjusted. Therefore, it’s important to choose the perfect gauge for your audio system to ensure maximum clarity and sound quality.

For example, a speaker cable that is rated 12AWG is much thicker than one rated 18AWG.

The table below illustrates the relationship between speaker wire gauge, speaker impedance, and length:

You might be wondering, why does the thickness of the speaker cable have such a significant impact on its performance, but having equal lengths is not so important? This is because of the relationship between gauge, resistance, and impedance.

Theoretically, the thicker the speaker cable, the easier it is for electrical signals to travel through them. Likewise, the opposite is also true – thinner wires make it more difficult for the signal to flow through them.

Before you rush off to purchase the thickest speaker cable you can find, there’s more to this topic than meets the eye. Just as having speaker cables that are the same length is beneficial in some rare circumstances, the gauge only makes a difference in some cases.

I have written an article on connecting a subwoofer using regular speaker cable. You can read it here.

To illustrate the way that speaker cable length and gauge impact the resistance of the electrical signal, I’ll use the analogy of a water pipe. Imagine that you have an extremely long water pipe. (Close your eyes if it helps!)

When you turn on the tap, the water begins to run through the pipe. Due to the extensive length of the pipe, it takes a considerable amount of time for the water to reach the end, and to come through the tap.

If there was another pipe added, and the aim is to get the water to travel through the pipe at the same speed as the first one, it would make sense that they would need to be equal lengths.

If you haven’t already realized, the water in the pipes represents the electrical current in the speaker cable. Having two long pipes that are the same length results in the same amount of resistance, which therefore means that the water flows through at the same speed and reaches the tap at the same point.

In the same way, when speaker cable is used at long lengths, they must be equal measurements. However, when the cable is used at a short length, which most hi-fi audio systems are, they don’t have to be the same length.

Due to the shorter distance that the electrical signal needs to travel, there will be a less noticeable inconsistency when it reaches the end of the cable and enters the amplifier. Therefore there’s no real benefit to making them the same length unless they are ridiculously long already.

On the other hand, if we consider the same analogy but this time rather than varying the length of the water pipe, the gauge is the variable, it’s easy to see how this measurement is more impactful than length.

Furthermore, the thicker the gauge of the speaker cable, the more easily the electrical current can flow through it.

Do you need to delay speakers if cable lengths are different?

Speaker cables won’t cause delays unless they are used at extensive distances. Therefore you don’t need to worry about adjusting the settings to compensate for uneven lengths.

Can you splice speaker cables?

It is possible to splice speaker wires by simply twisting them together and securing them with electrical tape. A more effective method would be to use an in-line electrical crimp connector.

Can you wire two channels to one speaker?

Wiring two channels to one speaker is possible, but there is a risk that this could damage your amp. It’s best to check the impedance ratings of the speakers and amp before attempting this.