Speakers are arguably the most important part of any sound system, whether you’re recording, producing, or simply listening to audio. Like most electronic devices, unfortunately, speakers won’t last forever and will need to be replaced at some point.

How long do speakers last?

A good set of speakers can last decades. The answer to these questions varies depending on the specifications of the speakers, their build quality, and the components they include. Providing you look after them, speakers often last for 10-20 years before they need replacing.

With so many different speaker types available, there’s a lot of variation in terms of quality, durability, and longevity.

Therefore, to get a better insight into how long speakers last, we need to assess what exactly causes them to wear out more quickly, and why certain speakers last for several decades before they stop working.

Do Speakers Go Bad With Age?

These variables have a significant impact on the longevity of the speaker and play a large role in determining whether they start to diminish with age.

The technology behind speakers hasn’t changed very much over the past three decades or so. Granted, there are some minor differences between modern speakers and those from the 1980s, such as the use of carbon fibers in their drivers, but on the whole, the designs remain very similar.

This is useful when discussing whether speakers go bad over time because there are many still in circulation from thirty years ago. The most common issue that seems to occur with old speakers is known as “rotting foam”. This is where the foam material which surrounds the woofers degrades due to exposure to the environment.

When old speakers are used despite foam rot around the drivers, this has the potential to cause permanent damage to the voice coil. Voice coils are one of the most integral components in a speaker, and if they become damaged it usually ruins the whole sound of the audio system.

Eventually, the gaps in the foam cause the voice coil to wear out the surrounding wires, which can then lead to overheating, degradation, and shorting. It is possible to repair the foam yourself, but this may be considered too much hassle compared to simply replacing old speakers.

Check out this article that discusses Bluetooth speakers’ lifespan and battery life.

Check out this YouTube video on repairing a speaker surround.

Additionally, after a while speakers also tend to suffer from other issues, such as the degradation of tweeter volume controls which causes them to sound scratch when adjusted.

It’s also likely that eventually the crossover capacitors can start to fail as they wear out over time, but these can quite easily be repaired, similarly to the tweeter potentiators.

In the world of audio and musical equipment, it’s often the case that older, vintage items sound better than modern equivalents. With speakers, this is unlikely to be the case, simply because the various components which make up the device are likely to wear out over time.

That doesn’t necessarily mean that old speakers sound bad, though. If the speakers have been looked after and treated with care, there shouldn’t be too much deterioration in terms of the sound quality they produce.

Two main types of degradation can occur, which will likely cause old speakers to sound ‘bad’. These are:

Environmental degradation is related to the wear and tear caused to the speakers by the location they are used in. To produce a sound, the speaker cones move inwards and outwards. They flex on a device known as a ‘surround’.

A speaker’s surround is commonly made from one of the following materials – cloth, rubber, or foam. These materials work great as a surround, but they are not equal in terms of how they resist degradation due to the environment

For example, cloth is regarded as the most resistant surround material as it can handle almost any environment without degrading. Rubber and foam are significantly less robust than cloth, and they tend to wear out at a faster rate, especially if the speaker is kept in an unsuitable environment and used heavily.

When the surround wears out, this can cause it to detach from the speaker cone. It impacts the sound of the old speaker dramatically, and in some cases causes the audio to sound noisy and unclear.

Speakers use one of two methods to split the audio signal between the various drivers installed within them. Firstly, they may use what is known as a crossover network, or simply several capacitors.

Capacitors, when taken care of, can last a maximum of around 30 years before they decay. Heavy usage or faulty components may cause this degradation to occur faster, which will lessen the sound quality produced by the speaker.

Thankfully, most of the damage done by environmental or electronic degradation can be repaired by simply replacing the components that have started to wear out. Depending on the value of the old speakers, it might be a better idea to simply invest in a new set.

How Often Should You Replace Speakers?

There’s no set timeline for the replacement of speakers, as their preservation depends on several different factors. The frequency that the speakers are used is likely to impact their lifespan, and of course how well they are looked after.

A good set of speakers have the potential to last up to thirty years, sometimes even longer depending on how they are used. However, this level of longevity is less common, especially with more affordable speakers.

If you’re wondering how often you should replace your speakers, the answer is simply when they need to be replaced. The great thing about speakers is that when a problem arises, it’s very easy to identify the issue and rectify it.

The table below shows all of the components of a speaker and their purpose.

If your speakers are starting to sound unclear, this is a sign that it might be time to replace them, or at least repair the component that is causing the issue.

Interference, loss of certain frequencies, buzzing sounds, or an inconsistent signal are all signs that your speakers have begun to wear out.

It’s also important to be certain that the problems are caused by your speakers. Other things, such as the quality of your speaker wires and power cables, or the condition of your amplifier and receiver may be the cause of the issues I just described.

To determine which part of your audio system needs replacing or repairing, you can try your speakers with another amp or another set of wires.

If the problem persists, this indicates that it is indeed your speakers that are causing the problems, and you may need to replace them.

I have written an article that discusses whether an amp can be too powerful for speakers. You can read it here.

Most speakers will last a minimum of a decade, providing you use them sensibly. There’s a feeling amongst audio enthusiasts that modern speakers are perhaps not built to the robust standards of vintage devices. This may be true in many cases, but there are some very well-built option on the market today. 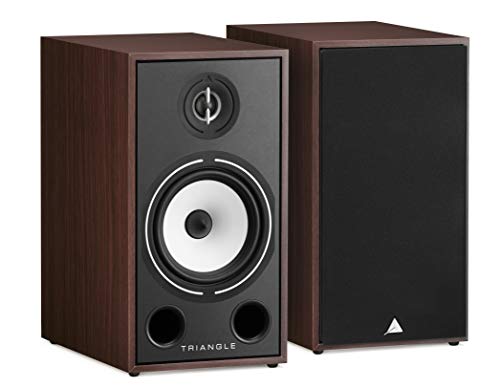 It’s a good idea to replace the components of your audio system regularly, but speakers should outlast your cables and other more exposed pieces of equipment.

It’s best to simply monitor their performance and make your decision on when to replace or repair them accordingly.

What is the best wattage for home speakers?

For most home audio setups, choosing speakers with a wattage of between 15W to 30W is sufficient. This will provide enough volume for the space, without being oversized.

Should I choose passive or active speakers?

Does the impedance of speakers affect sound quality?

The impedance of the speaker and amplifiers must be consistent with one another, otherwise, there will be a negative effect on sound quality. If the impedance is mismatched, the output will be weak and the tone will be compromised.