Compared to the early versions of the Apple iPhone, more recent models include significantly improved speakers.

This is very useful when users are listening to music or watching videos, but don’t have external speakers or headphones to use.

Do iPhone speakers wear out?

iPhone speakers will eventually begin to degrade and wear out over time. This is because the more a speaker is used, the more worn out the components become. However, if the iPhone is used with care, its speaker should be fine for several years.

The time it takes for an iPhone speaker to wear out is dependent on numerous factors, such as the extensivity of its use, the average volume level that you play audio at, and whether the speaker is exposed to dirt, dust, or water.

In this guide, I’ll discuss whether iPhone speakers are likely to wear out, and what you can do to prevent this or restore them to their optimal performance.

Can iPhone Speaker Wear Out Over Time?

iPhone speakers may be significantly smaller than other speaker varieties, but they are essentially made up of the same components. All speakers have a finite lifespan, but this isn’t predetermined and is impacted by many variables.

The part of an iPhone speaker that is most likely to wear out over time is the diaphragm. This component is commonly made from a thin layer of plastic, which contracts and expands to produce audible sound waves.

This back and forth movement leaves the diaphragm susceptible to wear and tear over a long period.

When high-end, treble-heavy sounds are produced by the iPhone speaker, the diaphragm is moved forward. This causes a high-pressure sound wave, through the compression of air particles.

Alternatively, when the iPhone speaker is tasked with producing a lower frequency in the bass range, the diaphragm performs the opposite movement. Rather than moving forward, it moves backward and is then capable of producing the low-pressure sound wave.

If the sound quality of an iPhone speaker has deteriorated over time, the chances are it has either gotten dirty or come into contact with dust, or the diaphragm has worn out due to the oscillation of its movements when different sound frequencies are generated.

There are several other essential components to an iPhone speaker, which could also potentially wear out and cause its performance to be compromised. These include:

We’ll explore these additional components in further detail later in this guide so that you can check whether they’re causing the diminishment of the quality of your iPhone speaker.

Why is Only One iPhone Speaker Working?

When playing audio through your iPhone, you might have noticed that only one of the speakers is working. This may lead you to believe that the other speaker has been damaged or worn out over time.

The good news is that one of your iPhone speakers is not broken. On most iPhone models, there is a speaker on the right side at the bottom of the device. On the left side, there appears to be another speaker, but this is another component altogether.

This speaker-like component on the left side of the iPhone is a barometric vent. Responsible for equalizing both the outer and inner pressure, this device allows the phone to gauge the altimeter reading more accurately.

However, there is another speaker located on an iPhone, which is used for voice calls. This is located at the top of the phone so that when you have it positioned next to one of your ears you can hear the voice of the person you’re in a voice call with.

The iPhone does use this upper speaker to create stereo audio when you listen to music or play another type of media on the device. If this speaker has stopped working, you will no longer be able to hear the other person’s voice when you’re on a call with them.

The most likely reason that the upper speaker would stop working is if it has been exposed to dust, water, or dirt. You may need to take your iPhone to a repair shop, such as the Apple Store to get this problem fixed.

Do iPhone Speakers Get Quitier Over Time?

It is certainly possible that iPhone speakers could get quieter over time. This tends to happen with any variety of speakers, whether it is a studio monitor, hi-fi speaker, Bluetooth speaker, or even the speakers in a guitar amplifier.

iPhone speakers are very small, which is why their volume is limited to a relatively low level.

The amount of power that they need to produce to fulfill their maximum volume is, therefore, lower than that of a larger loudspeaker, which would require a lot of power to push out the low-end and treble frequencies.

The diaphragm is the component that is most susceptible to wear and tear because as I explained earlier it must oscillate backward and forwards to produce different sound frequencies.

It’s also possible that the voice coil and the magnet could become less effective over time.

The voice coil is made from insulated copper wire, which heats up when it is in use. While the coiled copper wire is robust, there’s always a chance that using it extensively could cause it to degrade, thus making the speaker quieter.

Another common reason that an iPhone speaker could become quieter overtime is if dust or debris is covering the small cone. iPhones are commonly exposed to small particles of dust when they are put into your pocket or left out in a room.

Take a look at this YouTube video that shows how to clean iPhone speakers.

This could cause the speaker to be essentially clogged up by a build-up of dust particles, which would inhibit the diaphragm’s ability to move contract, and expand, and consequently minimize its ability to produce its fullest volume.

Are iPhone Speakers Covered Under Warranty?

Apple is renowned for its generous warranty schemes, which cover your iPhone for several years after purchase.

Providing the issue was not caused intentionally or due to reckless use, the company will generally repair any problems that you may encounter when using the device.

If your iPhone speaker has malfunctioned, you’re probably keen to know whether Apple will repair it. Firstly, you’ll need to check that the warranty period is still active. This will be listed in the information you received when you first purchased the phone.

Thankfully, if your iPhone is indeed under warranty, Apple will repair a broken speaker for you. All you need to do is take it to an Apple store and they should have it back to working condition in no time. 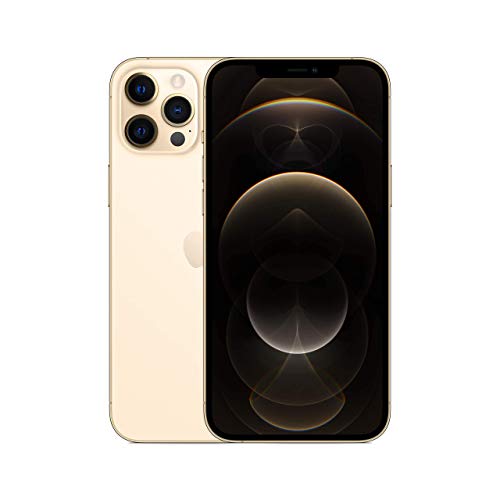 Any speaker can potentially blow, although this is a rarity as far as iPhone speakers are concerned.

Due to the small size and relatively low power of these speakers, they are much less likely to blow than a larger speaker that reaches exceedingly loud volumes.

If your iPhone speaker has blown, it will be very obvious that there is a problem. There may be no sound playing through it whatsoever, or the sound may be very muffled, plagued with crackles, or perhaps cutting out periodically.

A blown speaker will seriously diminish the quality of the audio that your iPhone can produce. It could happen for several reasons, such as wear and tear over time, or using the speaker at full volume for long periods.

While this is a possibility, it is unlikely to happen provided that you use your iPhone properly and don’t tamper with the speakers.

Providing your iPhone is under warranty, the Apple Store will clean the speaker if it has been exposed to dirt or dust. If it isn’t under warranty, you will likely have to pay a fee for this service.

While it may be tempting to clean the speaker yourself, unless you are experiencing this sort of practice, it’s best to leave it to the professionals as you may end up making the problem worse!

What speaker do iPhones use?

How can I make my iPhone speaker louder?

To increase the volume of your iPhone speaker, go to the device’s settings page, and choose the “playback” option. Then, find the “volume level” menu, and change it to the “loud” setting, which will increase the overall volume of the device.

Can you EQ audio on an iPhone?

Apple has made it possible for users to change the EQ settings of their devices. This can be easily achieved by opening the settings, choosing the “menu” option, and locating “EQ” which is under the playback tab.