Technology has come such a long way that you would think it should be perfectly fine to leave your powered speakers on all the time. I mean there are many appliances that run in your house 24 hours a day, right, so why should powered speakers be any different?

You can technically leave powered speakers on, but you should not under any circumstances. Leaving them on will depreciate the life span of the speakers as well as cause you to run a higher electrical bill even if they are not being used. This is because they still draw power. In some cases, leaving them on can even cause a fire.

If you are worried about the pros and cons of leaving your powered speakers on, then we have you covered.

This article will detail why you should be turning your powered speakers off after use by covering how they work and what makes them different from other speakers. We’ll also look at some safety hazards and a tip for switching them off.

Can you leave powered speakers on?

The short answer is after being in use, you should turn your powered speakers off, and they should not be left on. These are for several reasons for this.

Specifically, leaving your powered speakers on can wear down and damage their components in the long run, even causing a safety hazard. The other is that they still consume electricity when they are left on but not in use, causing you to waste money on your electrical bill each month.

The issue of wear and tear comes into consideration because an amplifier generates a lot of heat which is a byproduct of electricity that your amplifier needs in order to work. We will discuss this at length in the subsequent headings.

Even though your speakers are not essentially playing music, they will still generate an electrical current that will consume electricity if they are still on. We will also discuss this at length, but first, let’s quickly look at powered speakers, in general, to understand why these two factors need to be considered.

There are two types of speakers that are manufactured for audio equipment.

Active speakers have a different signal path to passive speakers in terms of where the cross-over network lies in the configuration.

Powered speakers may have the same signal path as a passive speaker setup and are not always considered active as such.

Powered speakers will have an amplifier built into the speaker as with an active speaker system and will typically have a master (the speaker with the built-in amplifier) which will be connected with an audio cable to the other speaker (also known as a slave). 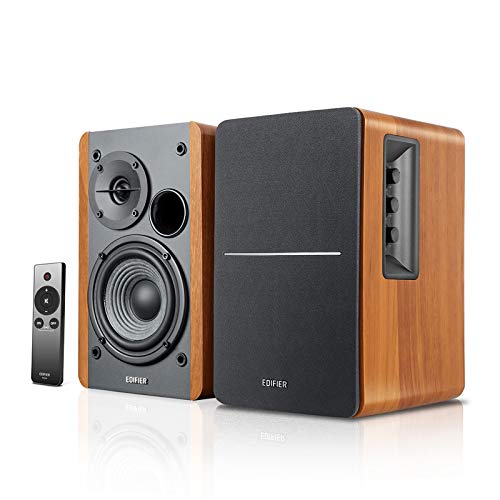 Heat and the electrical components of your powered speaker

As we said, electricity produces heat, and this can be seen when you touch the back of your powered speaker that has the amplifier built into it. It will feel warm, and the louder you set the volume of your speakers, the warmer the amplifier will get.

This is due to the resistance that is offered to the electrical current. The resistance in the amplifier will remain the same; hence the current will have to work harder to drive the speakers louder, resulting in more generated heat.

Heat is the worst enemy of any electrical component, and that includes amplifiers and specifically, in our case, powered speakers.

Over time, electricity (heat specifically) will degrade the amplifier’s components, and although many individuals think that electronics may last a lifetime, this is simply not the case.

MTBF denotes the lifespan of particular components in the electrical circuit, which can typically be found on the specifications datasheet. MTBF refers explicitly to the elapsed time between inherent failures of a particular mechanical or electronic system.

These components will normally have a capacity (life span) of between 2000 and 2500 hours.

This number explicitly tells us how long the components should be able to run before any sort of damage or failure set in.

You can take into consideration that even though these components may fail, you may be able to replace them, but you have probably spent a small fortune on your powered speakers, which means why would you want to sacrifice them for the sake of convenience.

Check out this YouTube video that explains the difference between Passive and Powered (Active) speakers.

Power consumption when leaving your powered speakers on

Even though you may think that your speakers are not using a lot of electricity because they are not being used is not the case.

A test was done where a kill-a-watt meter was used to test the power consumption of speakers when they were switched off, switched on with no sound, at normal volume, and at full volume.

The test results were as follows

You can view this test here, which was done on a Harmon Kardon Subwoofer Multi-Media speaker.

This means that leaving your speakers on consumes as much electricity as if they were playing audio. Hence, turning them off would save you on your electrical bill each month. 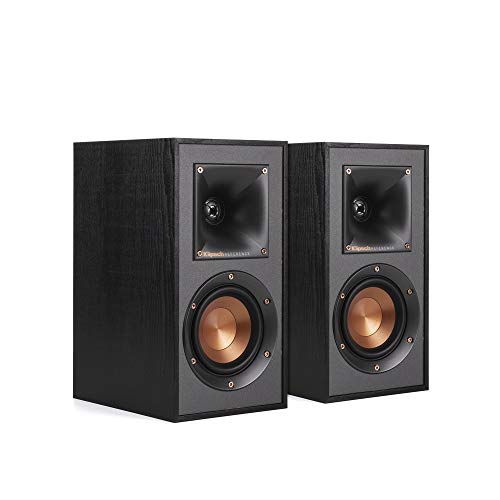 Although you may think that there are no safety concerns that you should worry about, you should consider one if you are leaving your powered speakers on all the time. That is specifically the heat that is generated from the amplifier.

There are instances where enough heat is generated in the amplifier to cause components to melt, short circuit, and even start a fire.

It would help if you remember that constant electrical current flowing through the circuit is generating heat, which is degrading the circuit’s components, and eventually, something will happen.

In most cases, a fuse, wire, capacitor, or resistor will fail, but they could easily start an electrical fire in some circumstances where they fail to a severe degree.

Hence, once again, it is beneficial for you to turn off your powered speakers when not in use.

How to stop popping when turning off powered speakers?

You may have reasons for wanting to leave your powered speakers on, and one reason could be because when you do, they tend to give off a loud popping sound. Hence, you may think that this could be causing some type of damage to your speakers.

The easiest way to resolve this problem is by turning down the volume completely on your speakers, waiting about 3 – 5 minutes, and then switching them off. This should resolve the problem completely.

Remember that the volume on your speakers is technically the gain of the amplifier, so turning the volume down will lower the amount of current running through the amplifier to its minimal amount.

Switching your powered speakers off while the volume is still at a level above zero will result in a sudden loss of power, causing your speakers to pop.

I have written an additional article on this subject. You can read it here

We discovered that there are, in fact, three types of speakers, and powered speakers can be a combination of active speakers (having a built-in amplifier) and a passive speaker (having a cross-over network after the amplification instead of before it).

Just like active speakers, powered speakers should be turned off when not in use.

This is to prolong the lifespan of the speaker and its internal components such as resistors, capacitors, and such as well as reducing the electricity they use because they still draw current when they are on but not in use.

The other factor to consider is that leaving them on can cause a fire hazard due to the amplifier overheating and causing an electrical fire.

Hence in all cases of active and powered speakers, you should be turning them off because not only will it save you money but in some instances, it may even save your life.