Both amplifiers and preamps are devices that use a considerable amount of power. Amps are tasked with boosting an audio signal and sending it to the speakers, while preamps are used to prepare the signal for the amplifier.

Are amps supposed to get hot?

It’s quite normal for the heat of an amplifier or preamp to increase, especially when it is used at a high volume of gain settings. Nevertheless, if the amp becomes particularly hot, this is probably a sign that one of its components has malfunctioned, and requires attention.

The difficult thing is knowing when an amp or preamp crosses the threshold of being reasonably warm due to its workload, and problematically hot.

Like all electrical devices, amps are expected to warm up when in use. However, if the device becomes too hot to touch, this is almost certainly a problem that needs addressing.

In this guide, I’ll explain when an amp is supposed to get hot, why it occurs, and what to do about it. 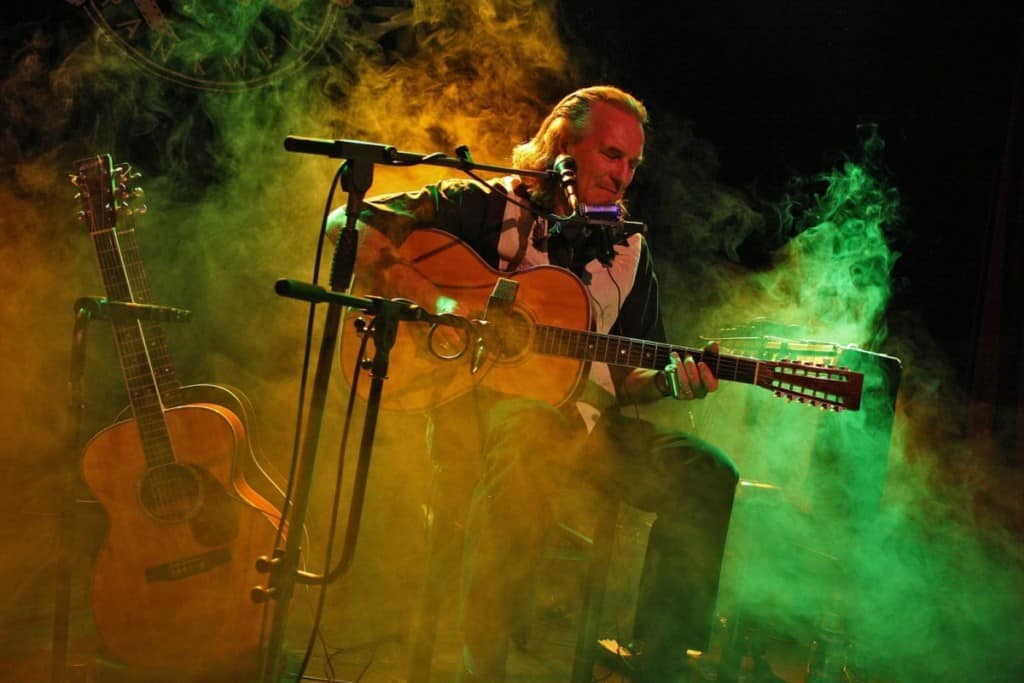 Why Do Amplifiers Get So Hot?

Electrical devices commonly heat up when they are being used. The harder the device is working, the more heat it usually exerts as it uses more electricity to perform the task at hand.

Amps fall into this category.

Used to amplify the audio signal from a sound source, and output it to monitors, headphones, or speakers, the amp is a pivotal device in any audio system. Whether you’re listening to a record player through a hi-fi system or watching a movie with surround-sound audio, you’ll need an amplifier.

Perhaps you’ve noticed that when you are using the amplifier, it is heating up considerably.

The first thing we need to assess is why that is happening. It could be a natural side effect of the amplification process, or it could be a sign that the device has become faulty and you should repair or replace it.

Amps are commonly fitted with ventilation systems. Most electrical devices that use considerable amounts of power are.

The vents allow hot air to be exerted from the amp, rather than being recycled within the device, which would increase the heat and likely fry the inner components.

When the amp is on, you should be able to hear the vent blowing out some of the hot air. If you can’t hear this, it might be faulty.

Having a faulty ventilation system could ruin the amp if it goes unnoticed for long enough. The hot air produced by the amplifier’s power usage will likely build up and cause damage to some of the heat-sensitive components.

Another logical explanation of why your amp may be getting hot is that it has a heavy Class A bias.

Check out my article on the differences between class A, B, and AB amps here.

You can check its specification to see if this is the case. If it does have a Class A bias, this means that when the amp is idling, it will still let out a considerable amount of heat.

Checking the idle power consumption is a good way to establish whether the amp should be letting out heat when it is not being used, or whether this is down to a problem that needs resolving.

For example, if your amp has an idle power consumption of 60 watts, it makes sense that it would get pretty hot as a result of this. Just imagine how hot a 60 watt light bulb would be!

This video provides a thorough explanation of why amps warm up when in use.

Why Do Preamps Get So Hot?

Similar to amps, preamps also tend to get warm as a result of their power consumption and output. They should also have some form of ventilation to prevent them from overheating.

If your preamp is getting warm when being used, it’s most likely nothing to be concerned about. Installed inside a preamp, there is likely to be an array of AV gadgets and DSP chips.

These units house a wide range of features and electronic components, like those I just mentioned, into the chassis. With all of them working at the same time within the preamp, it’s bound to increase the temperature.

Another factor that should be considered when trying to determine why your preamp or amplifier is getting hot, is the reputation of the manufacturer. Some amp and preamp brands are renowned for their products producing a lot of heat.

There are many online forums dedicated to the specifics of preamps and amp models, which may be worth taking a look at to see if other people who have the same item as you are also experiencing an increase in temperature when using it.

Additionally, you should monitor how long it takes for the amp or preamp to become hot. If it’s happening very shortly after you plug the device in, this would indicate that the overheating is a result of a problem, rather than being an expected side-effect of using the device.

If the amp or preamp remains at an average temperature for a considerable amount of time, then starts to become heated after a while, it’s fair to say that there is probably less cause for concern.

Leaving any electrical device on for long periods is likely to result in an increased temperature. Amps and preamps are tasked with a fairly heavy workload, so it’s to be expected that they will get warm after being used for a while.

How To Prevent Amplifiers Overheating

If you’ve assessed the heat of your amp or preamp based on the information in this article, and you are convinced that it’s not something to be overly concerned about, there are some measures you can take to avoid overheating in the future.

First and foremost you must consider the location and positioning of your device. If the ventilation on the preamp or amplifier is pressed against another surface or item, it simply won’t work properly.

Even if the device doesn’t have ventilation, you should still try and position it where it is exposed to air and isn’t crammed into a tight space.

Having a gap of a couple of centimeters on either side of the device should be enough. Also, avoiding placing other electrical devices too close to the amplifier or preamp is a good idea, as this will prevent them from increasing each other’s heat.

The “class” of your amp will also determine how hot it is likely to get. For example, a class A, or a class A/B amp will usually get hotter when its volume is lower. This is the opposite of class D or T amp, which increases in heat when the volume also increases.

Below, you can find a breakdown of the different power amp classes.

It should be quite easy to find the class rating of your amp, simply by looking at the specifications or searching for them online.

It’s useful to know because you can then rationalize the cause of the increased or decreased heat concerning the volume settings.

Why Do Amps Get Hot On Lower Volume?

Class A/B amps use the class A section up to a certain output amount, so the heat reduces slightly then when the threshold of output power is crossed, it levels out. This contradicts the way that a class D or T amp works.

The more that is demanded from a Class D or T amp, the hotter the device gets. This explains why these amps tend to have a punchier, deeper sound than class A or class A/B amplifiers.

How can I keep my amp cool?

A reliable method you can use for keeping your amplifier or preamp cool is to connect a fan to the amp so that when it is turned on, the fan automatically starts cooling the device.

Why does my amp have “protection mode”?

Protection mode is included on amplifiers to prevent them from being damaged. It essentially shuts down the device instantly when a malfunction or error occurs, to limit the harm that could be done to the components or electronics.

What does a bad ground do to an amp?

If your amp is not grounded properly, this will likely cause its performance to be compromised. It may cut out while sending audio to speakers, or in extreme cases, it could overheat and become a fire hazard. It’s best to check the ground before using the amp.