Are you wondering if you can use your new preamp with the old integrated amp? Are you tired of using separate devices to amplify your instrument or your sound system?

So, can a preamp be used with an integrated amp?

All integrated amps have a built-in preamp unit + a power amplifier that increases the strength of the signal to be sent to the loudspeakers. The advantage of having a single unit for all functions is to keep all the source signals isolated from the integrated amplifier.

In that case, one might ask why a separate preamp might be necessary. A separate preamp can be used if the preamp caters to a specific sound and EQ that you desire. In this case, the signal goes from the source into the preamp, which strengthens it, and then into the integrated amplifier.

We’ll take a more in-depth look at the answer assuming that you are aware of the audio terminology involved. If these concepts or jargon feels new to you, I recommend that you read the Related Questions segment first and then resume reading the next section. 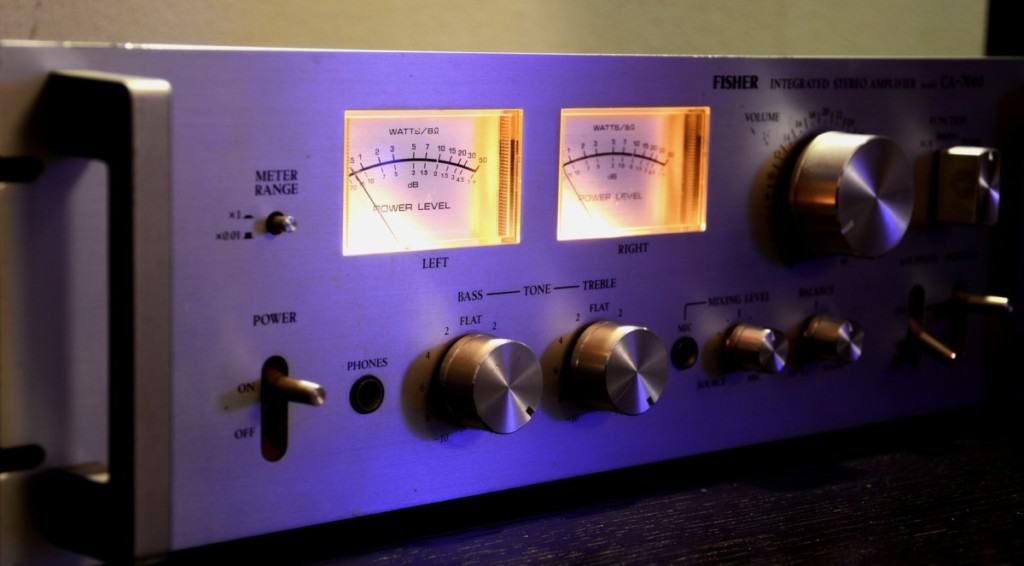 How To Use A Preamp With An Integrated Amp?

To use a preamp with an integrated amp, the preamp inside the integrated amplifier needs to be bypassed. If you don’t bypass it, going through two different preamps will make the sound extremely distorted, and there will be a considerable amount of noise in the output.

Moreover, using two preamps will result in bad gain staging. Gain staging is a phenomenon which involves adjusting the sound levels during amplification to ensure that a decent level of signal to noise ratio is maintained to avoid unwarranted distortion in the signal.

As you’ve noticed, there are three main things we’ll be discussing: preamps, power amps, and integrated amps. Let us differentiate a power amp from an integrated amplifier:

Power amps are designed to take an input signal (of a certain threshold/level) and drive an output devices (like speakers). In simple words, your power amplifier will power your speakers. So, any input signal that goes into it will be magnified to the level required by devices like loudspeakers, audio monitors, headphones, etc.

Integrated amps integrate a preamp and a power amp in a single box. Think of them as power amps with an extra circuit – a preamp circuit. Compared to power amps, they have a preamp + power amp and additional features like volume/tone control, balance, speaker switching, and input switching.

This video does a good job of explaining the difference between the two for beginners.

The Difference Between “Integration” And “Separates”

Integration refers to combinations of multiple devices housed in the same casing to form a single unit. “Separates” refer to the standalone components in the sound system that are bought separately, as opposed to predetermined combinations.

Many people prefer to invest in a separate configuration as upgrading individual parts easy and cost-effective in the long run. You only need to replace that one part in the entire series as opposed to buying a new integrated system.

Moreover, each component can be customized to cater to specific needs. Besides upgrades, separate components are easy to isolate when there is a technical (or aesthetic) problem. You can pinpoint the problematic area and upgrade the equipment to suit your sonic palate.

Preamps: Preamps take the weak input (signals coming from the sound source) and convert them into stronger signals that can be sent further to a power amplifier or a speaker. This component also makes it possible for users to have multiple sources of playback.

The key features of this component are equalization, tone controls, balance, and volume control. The preamp gets routed to the power amplifier or amp.

Power Amplifiers: The basic function of a power amplifier or an amp is to strengthen the weak signal coming from the preamp enough to be sent into the loudspeaker for an exceptional listening experience.

One good example of systems with such a configuration is the Yamaha Flagship Hi-Fi 5000 series. It includes four components:

There has been a lot of ambiguity on whether the terms “stereo receiver” and “integrated amplifier” are interchangeable or not. While they do happen to be very similar in most functions, there are some basic differences between the two.

A stereo receiver receives audio and video signals from different sources processes them and serves as a power amplifier to boost the audio signal strong enough to be sent to the loudspeakers and the video signal to be sent to displays like television, a video projector, or a home theatre system.

Stereo receivers are basically amplifiers with a built-in radio section. The radio section works just like any other input. No other connection is needed except for a pair of speakers. Fundamentally, all receivers can be called amplifiers but it does not work the other way around. 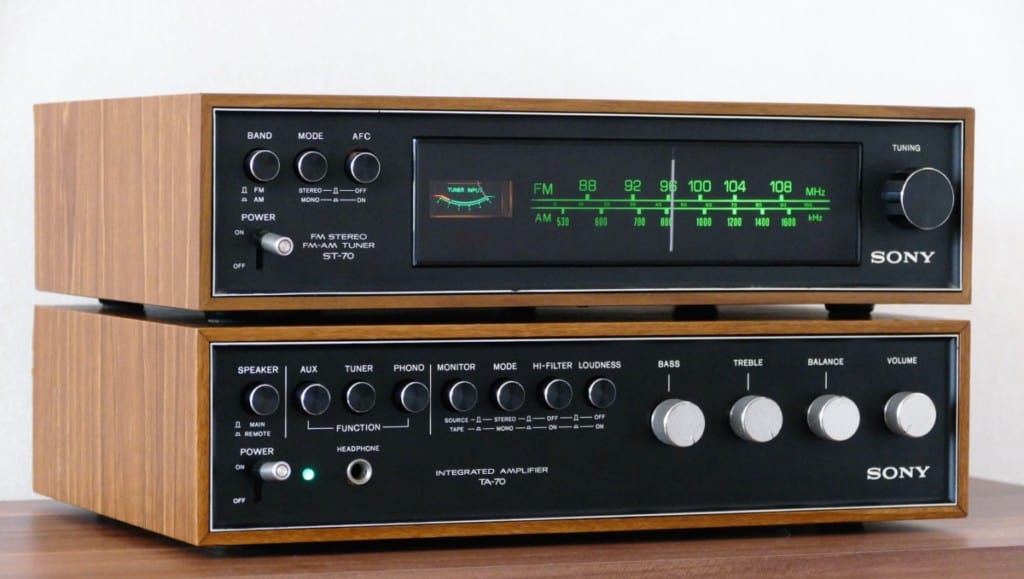 What is a preamp?

A preamplifier or preamp is an electronic device that takes a low electrical signal and boosts it (makes it louder). This makes the output signal stronger and prepares it for further processing. A preamp allows you to send the signal into a power amplifier and a loudspeaker. The ART Pro PMAII is a well-known preamp.

Check out the ART Pro PMAII here on Amazon.

Good quality preamps cut out unwanted distortion from the signal, thereby making the listening experience enjoyable. Check out this detailed video on preamps.

What Is An Integrated Amplifier?

An integrated amp is a combination of a preamp and a power amplifier (amp) in a single unit rather than two separate ones. This “integrates” the two units in one box.

They have additional components like EQ, tone controls, inputs for a tuner, CD player, etc. This setup saves space without compromising on power and quality.

The Yamaha A-S301Bl and NAD C 316BEE are well-known examples of high quality integrated amplifiers. Check out this video on integrated amps.

Do I Need A Preamp If I Have An Amplifier?

In simple words, a preamp strengthens the low-level signals (mic level) originating from your source. Then, they convert them into stronger signals (line level) and send them further into the power amplifier going into the loudspeakers.

Do I Need An Amplifier If I Have A Preamp?

You cannot use a preamp as an amplifier.

A preamp does not have sufficient power to work as an amp and cannot boost your line signal to be loud enough to be heard on a speaker. Instead, the preamp’s job is to boost “weak signals”. This limited functionality is not comparable to the versatile capabilities of an amplifier that does a lot more things.

Amplifier = boosts line-level signal and sends them to the speaker. 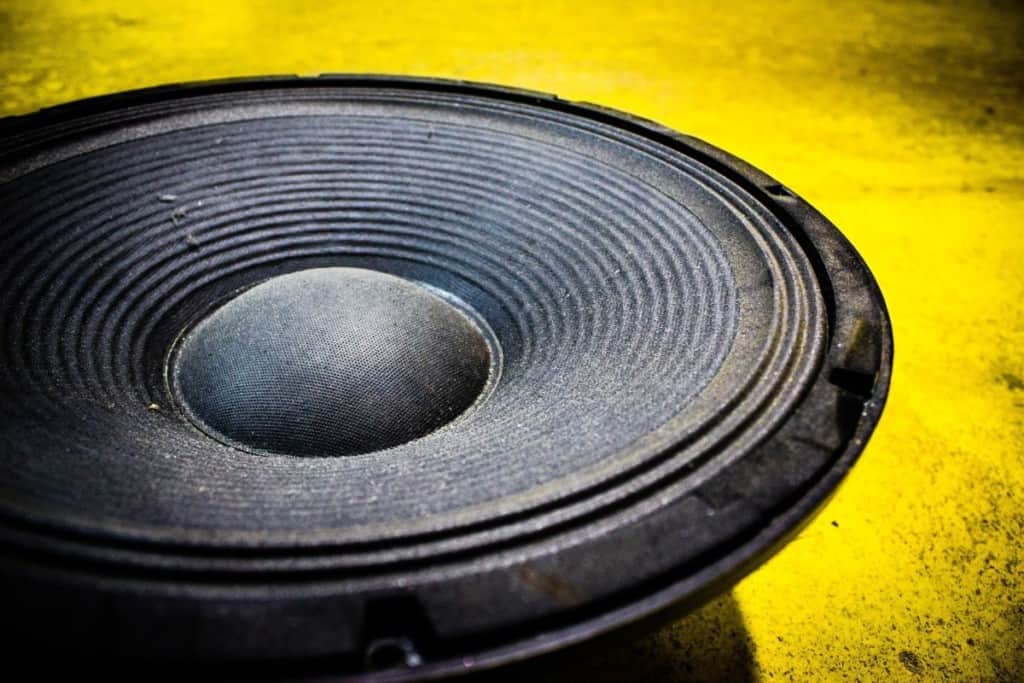 What Are The Four Signal Levels In Practice In Audio Systems?

If you are looking for information on whether soundbars need an amplifier or receiver you should check out this article.

What Is Line Level?

The signals which flow through audio systems after they are amplified by the preamp but before the power amplifier sends them to the speakers are line-level signals. The two different types of line-level signals are:

We’ve tried to cover all the necessary concepts to help you understand how to use a preamp with an integrated amp. Hopefully, this article will clear your doubts about audio systems, equipment, and the interplay of preamps and integrated amps.